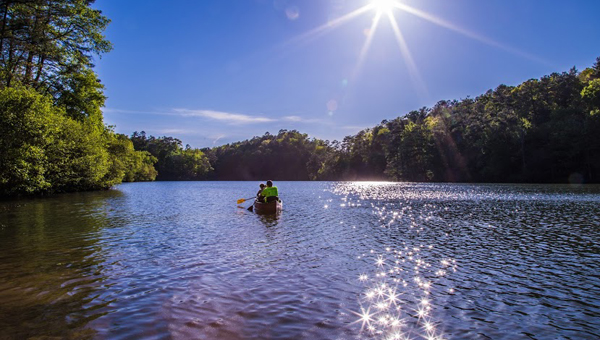 For the third year in a row, Oak Mountain State Park has received the 2016 Certificate of Excellence from TripAdvisor. (Contributed)

PELHAM— Oak Mountain State Park was recently listed as one of 11 Alabama state parks awarded with the 2016 Certificate of Excellence from TripAdvisor, a travel website featuring traveler-generated content and reviews.

For the third consecutive year, Oak Mountain State Park has received the award, being recognized as an establishment that provides excellent guest experiences and consistently receives positive reviews on Tripadvisor.com.

“(The TripAdvisor.com awards) are very special to us because they are rewarded based on customer comments and the positive reviews on TripAdvisor.com, which is a very popular website,” said park superintendent Kelly Ezell. “The positive feedback, to me, speaks a lot when our customers have enough good things to say about us.”

With 251 reviews on Tripadvisor.com, Oak Mountain State Park has an overall rating of 4.5 stars and 134 excellent ratings. The park is also ranked as the No. 1 thing to do in Pelham with a list of 10 other attractions.

Oak Mountain is the largest of the awarded parks at 9,940 acres. The park offers more than 50 miles for mountain biking and hiking, along with a pump track and BMX course.

“Feedback lets us know what our customers are happy about using and the facilities they enjoy,” Ezell said.

This year, the Alabama parks system received 17 awards, an increase from 11 in 2015. Certificate winners who are awarded five years in a row are inducted into the Certificate of Excellence Hall of Fame.

“Over the last three years several of our parks have received an increasing number of excellence awards from TripAdvisor,” said Rob Grant, assistant director of Alabama state parks. “We are extremely proud that our customers regard their state parks in such a consistently positive manner. The entire parks division deeply appreciates our staff, park volunteers, and the customers who make these awards possible.”

After an explanation of the Thirteen Folds of the American flag, the flag was presented to a former military mechanic,... read more