COLUMBIANA – A 28-year-old Bessemer man will spend the next year in prison and must pay tens of thousands of dollars in fines after he pleaded guilty to trafficking marijuana in Alabaster and Pelham. 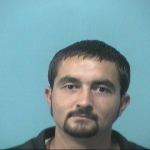 John Jarred Smedley, who lists an address on Twin Brook Lane in Bessemer, pleaded guilty to one felony count of trafficking marijuana during a June 13 hearing in front of Shelby County Circuit Court Judge Lara Alvis. As a result of his guilty plea, Smedley was sentenced to 10 years in prison, which was split to one year in prison followed by two years of supervised probation.

Smedley also must pay a $25,000 fine and complete a substance abuse treatment program as terms of his sentencing.

Trafficking marijuana is a Class A felony, and carries a maximum sentence of life in prison.

One count of trafficking marijuana and charges of carrying a pistol without a permit, possession of a controlled substance and possession of drug paraphernalia against Smedley were dropped as a result of a plea agreement with prosecutors.

According to his arrest warrants, Smedley was found to be in possession of large amounts of marijuana on two separate occasions in 2013.