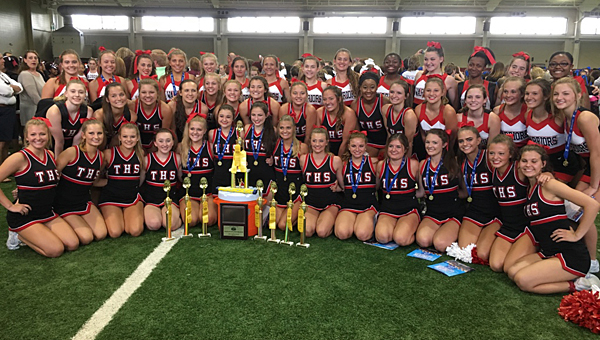 The THS cheer squads recently competed in the UCA camp in Tuscaloosa from May 31-June 3, and won first place overall in their divisions.

The varsity team competed in the large varsity division during the camp, and earned the following awards: