A 25-year-old Arkansas man is facing a felony human trafficking charge after being arrested by the Shelby County Drug Enforcement Task Force June 16, according to a June 17 press release. 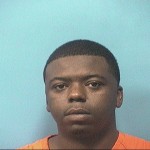 Alexander Jackson, of Arkansas, was arrested for his alleged involvement in facilitating the prostitution of several female victims and was charged with human trafficking.

Citizen complaints of prostitution and drug activity in North Shelby County led SCDETF investigators to conduct undercover operations where multiple females were identified as being involved with prostitution.

Jackson was identified as a result of the investigation, according to the release. According to court documents, his arrest came after he allegedly transported a female victim “for the purpose of prostitution” on June 16.

“These investigations are heart breaking at times,” said Lt. Clay Hammac, commander of the SCDETF. “Our goal is not to put these young ladies in jail, but to help them escape the situation that each of them currently find themselves in.  However, we will always relentlessly pursue and arrest the individuals who attempt to force others into this lifestyle in an attempt to profit from it.”

The identified female victims have been referred to community-based organizations to help them escape their current situations, according to the release.

Jackson is currently being held in the Shelby County Jail on higher than normal $100,000 bond.

Second-degree human trafficking is a Class B felony. If convicted, the suspect could spend up to 20 years in prison.

UPDATED: One eastbound lane of U.S. 280 at Highland…