WESTOVER – Westover City Councilman Larry Riggins cited a commitment to recruiting new businesses and development to the city in his announcement about running for mayor. 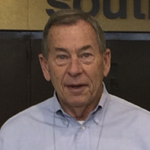 “I have served as chairman of annexation and development since 2004, and have been actively involved in annexation of approximately 12,000 acres of property into the city,” Riggins wrote. “Those annexations include hundreds of acres of currently undeveloped properties fronting U.S. Highway 280 and properties along Pine Mountain to the north of 280.”

Riggins serves in Place 2 on the City Council, and in order to qualify for the office of mayor, will not seek re-election to the council.

He was elected by the City Council to fill a vacant seat in 2001 and has served continually since then.

“I believe that I can effectively lead Westover as mayor,” Riggins wrote. “I know how and why city government works. I have proven experience in city government and commitment to recruiting new businesses and development.”

Riggins has lived in Westover since 1997 and said he has seen “monumental changes within the community” and along the U.S. 280 corridor over the years.

“I believe our city wants a consistent, honest and trustworthy leader,” Riggins wrote. “I believe our city needs a cooperative and transparent mayor who will work well with, and not fight against the City Council. I’m confident that these traits describe myself, and I believe my record proves it.”