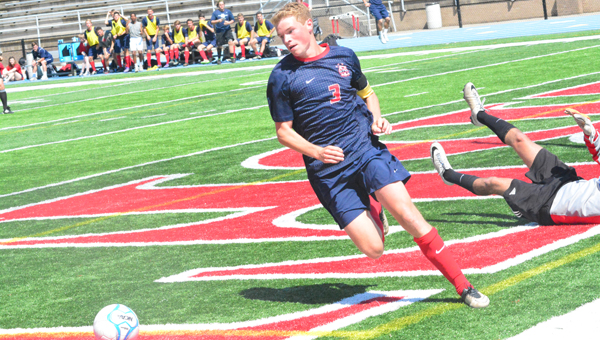 USA Today released their inaugural All-USA boys soccer teams on June 22, and there was a familiar face tucked into the lists. Shelby County Player of the Year Hunter Holstad, who led the Oak Mountain Eagles to their second-consecutive 7A state title and a No. 1 overall ranking in the country, was named to the All-USA Second Team alongside players from Massachusetts, Ohio, Wisconsin, California, West Virginia, Pennsylvania, New Jersey and Montana.

Soccer is played in the fall, winter and spring all across the country, depending on the state, and the USA Today lists encompass each of the three seasons, not just the spring, meaning Holstad has been placed in the top echelon of players from around the country regardless of the season they played their soccer.

Holstad, who was the only player from Alabama to make either the First or Second Team as selected by USA Today, scored 18 goals and assisted on another 16 in his senior season for Oak Mountain. The rangy now-alum is a natural fit at outside back, but after the Eagles graduated most of their midfield from the 2015 championship team, Holstad was forced to play more of a center and attacking mid this season.

In his senior season, Holstad scored 11 game-winning goals, and it is tough to imagine this Eagles team ending the season with an undefeated, 28-0-2 record without him. Over the last two seasons with Holstad as a captain, Oak Mountain racked up a 51-4-3 record, the best mark in the state. He was the only player to be named First Team All-State as a junior, and followed that up with another First Team selection as a senior.

“As an overall person, player, captain, he’s the best player I’ve ever coached,” Oak Mountain head coach Daniel DeMasters said of Holstad back in May. “He’s a unique guy, one of the kids who comes around once every 10 years, maybe.”

Holstad will play his college soccer at the Naval Academy. For a complete breakdown of the All-USA teams, visit Usatodayhss.com.

Chelsea comes back to beat Shelby County in 8U district finals

The 8U Chelsea powerhouse show off their rings after beating Shelby County in the 8U district finals on June 21.... read more