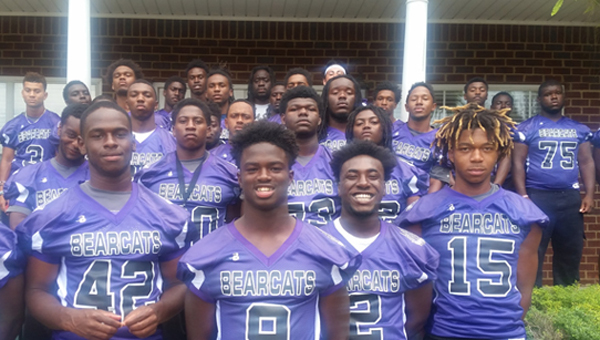 The Alabama Prep Sports Academy is gearing up to kick off its second year. (Contributed)

Dewayne Moore, the majority owner of the APSA and president of Next Level Sports Management in Pelham, established the academy to cater towards student-athletes who have graduated high school but need to bolster their academic or athletic resumes to get into a two-year or a four-year college program.

The APSA, located in Calera, is the only post-graduate institution in the state of its kind. Students are housed in an apartment complex in Calera, and split their time between classroom and athletics. The academic element includes an SAT/ACT prep class that is held twice a day, five days a week for 12 weeks in an effort to help students bolster their attractiveness to colleges. Also, the APSA offers college credit online through a partnership with Morthland College, based out of West Franklin, Ill.

In the academy’s inaugural fall season back in 2015, the APSA welcomed in 40 athletes, and an additional 15 in the spring. Of those who came to the APSA last year, 31 have now gone on to enroll in four-year colleges to play football.

This fall the academy will welcome in 75 athletes, almost double the 2015 fall enrollment. In addition, last year the APSA only offered football, but will offer basketball this year as well. Former Kingwood Christian Academy basketball coach Danny Davis will be the first basketball coach for the Bearcats, while Pelham native and Pelham High School alum Derrion Gee is back to coach the football team for the second season in a row.

The Bearcats went 1-9 on the football field in their first full year, but that record is not indicative of the success of the program. For one, Moore and the APSA have a “must-play” system, where every athlete must see game time, so as to get film on every player to help with college recruiting. The “must-play” system combined with the reality that the Bearcats did not have a full roster until three weeks before their first game made for an on-field product that was a work in progress.

“This year he had the opportunity to recruit players,” APSA Gee said. “Last year we kind of went into it blindly on the field. This year there’s been more preparation, we have more guys that can play at a higher level.”

While Gee and the football team obviously want to win games, the most important element of the APSA is to help prepare the students for the next stage of their lives.

“The biggest thing is we want to keep doing what we’ve been doing,” he said. “The most important part for us is the education part. We all want to win ball games, but we want to continue to build and help these kids. They have to have that drive though. We’ll give them the tools, we’ll hold them accountable, but they have to want it, too.”

Per the APSA’s website, tuition for one semester is $15,440 for students from the United States and $17,595 per semester for international students, to cover all charges related to the I-20 Visa. That tuition includes two NCAA approved online courses, SAT/ACT prep course and materials, athletic fees, a strength and conditioning program, NCAA clearance evaluation, recruitment promotion and the development of a highlight video.

The football team’s first game this season will be a home game on Aug. 30 against the Georgia Prep Sports Academy. The Bearcats play their home games at Calera High School, and kickoff is set for 4:30 p.m.