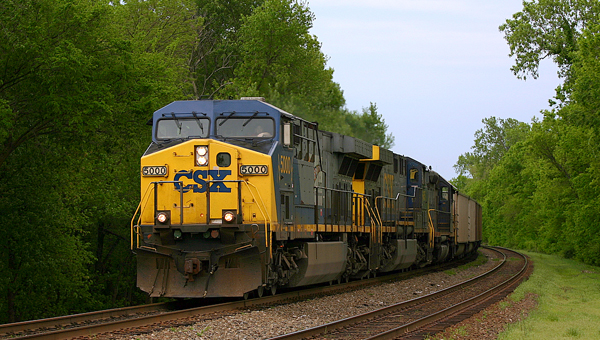 The city of Pelham approved an agreement with CSX for the construction of a crossover rail on Lee Street. (File)

The crossover project will construct a connection track at the existing crossing at Lee Street in Pelham, which would create an 8-mile loop for CSX to route trains along.

“This is a long time coming, a long process, but the intent of that project is to minimize stoppages and blocking of the crossings,” said City Council President Rick Hayes at a June 23 Town Hall Meeting. “They are looking to interconnect their lines. If we can minimize the stoppage on that track, it would be a lot better for our residents.”

According to the approved resolution, the crossover project would lessen traffic conflict and traffic delays sometimes caused by train traffic in Pelham. It would also improve the safety warning and traffic control devices, which would be beneficial to Pelham’s residents and businesses.

Hayes said CSX agreed to address some flooding issues on Lee Street, as well as the dubbed “rollercoaster ride” down the street.

The project would heighten the road to about 11 feet at the highest point. This would make Lee Street safer for drivers, Hayes said. It would also make it more convenient and pleasant to drive, he added.

One of the biggest concerns with the project is the construction time. In order to complete the project, Lee Street would be shut down, Hayes said.

According to Hayes, the latest conversation estimates the project lasting between six and eight weeks. The tentative schedule has construction beginning in September and ending in November.

Hayes said construction will definitely be toward the end of the year, because they want to take advantage of fall break at the high school.

At a March 30 meeting, resident vice president with CSX Jane Covington said the company has received many complaints about the crossings on Lee Street. She said CSX is hopeful this project will address those issues not only in Pelham, but also surrounding cities.

Giving additional options as far as routing trains would prevent trains from having to stop on the tracks to wait for another train to pass, she said.

“The biggest positive is that it is going to make rail traffic flow so much more fluidly through this area,” Covington said. “That helps CSX, and it certainly helps the residents as well.”