The life of a beloved former Shelby County teacher, mentor, co-worker and friend who passed away at age 86 in May was remembered and celebrated by those she impacted inside and outside the classroom for many years.

Longtime Shelby County High School teacher Hilda Cary, of Thorsby, was known for her dedication to teaching and her students; her knowledge of current events; her patriotism and school pride; and her sense of humor. 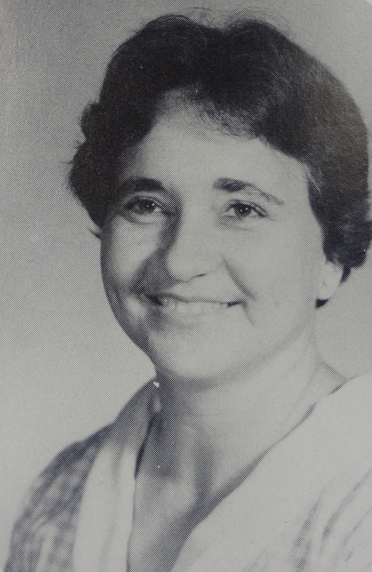 This picture of former Shelby County High School teacher Hilda Cary appeared on a page in the school’s 1973 Shelana yearbook, which the senior class dedicated to her. (Contributed)

Jeff Hill, son of the late Elvin Hill, former Shelby County Schools superintendent, described Cary – who was his teacher for history, civics and government classes in high school – as an “awesome teacher, a wonderful friend, (and) stern disciplinarian simply because it would break my heart to let her down.”

“What other teacher considered the World Series a current event to be watched during class?” Jeff Hill said. “She was a very dedicated teacher and she was very stern with her teaching, but she did fun things like that all the time.”

Hill also said Cary was “someone whose feelings would be hurt if she wasn’t included in a practical joke” and “a teacher that imparted wisdom without letting you know you were being taught.”

Another former student, Wanda Speer of Columbiana, said Cary’s husband, Ned, also taught at SCHS, and the two commuted from the house they built in Childersburg when they first moved to the area to the school every day.

Speer had Cary as a teacher for four years, and said Cary treated her like one of her children and was a “very sweet lady.” 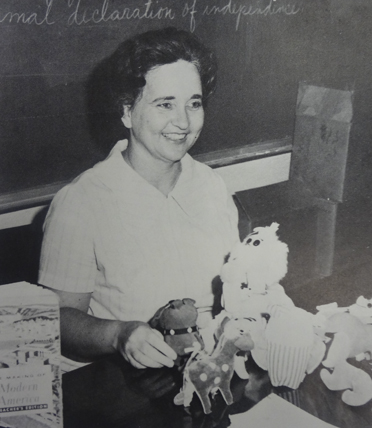 Cary, who passed away at age 86 in May, was known for her dedication to teaching, care for her students and sense of humor. (Contributed)

Lisa Davis of Columbiana fondly remembers the love of reading Cary instilled in her and her fourth-grade classmates.

“After lunch, she would read us chapter books, one chapter after lunch every day,” Davis said. “I never wanted it to be over.”

Davis said Cary also taught students to be proud of their American heritage and reminded them to always vote once they were old enough.

“She was a great history teacher, and she just really brought it alive for you,” Davis said. “She was really an outstanding teacher. She was probably one of my very favorite teachers.”

Cary was a 1951 graduate of Montevallo College, where she received her bachelor’s degree in education.

She taught for various schools in the Shelby County School System while spending the last 22 years of her career as an educator at SCHS until her retirement.

Karen Sweeney of Shelby, class of 1971, had Cary for social studies and U.S. history.

“She loved the history of our country and loved sharing it and teaching it,” Sweeney said. “She made it interesting and fun. You learned respect, not just for her but for everything. She was as big a cheerleader for SCHS as anybody, and she taught us respect for our school.”

Years after graduating from SCHS, Sweeney landed a job at her alma mater in 1982 and worked with Cary, who was still teaching.

“I had the privilege of being her student and having her as a friend and a co-worker,” Sweeney said. “She was just as enthusiastic when I came back and worked with her as she was when I was a student.”

Sweeney said Cary, a happy person and supporter of all of the children she taught, had “a love of life in general.”

“When she laughed, she laughed from her toes,” Sweeney said. “You knew when something made her happy. You also knew when you had disappointed her. To say that she was a very special lady and a very special teacher and mentor doesn’t even scratch the surface.”

Susan Conn, owner of Main Street Florist in Columbiana, and her husband were among Cary’s students, too.

“We both just worshipped the ground she walked on,” Conn said. “She was a sweet lady, a caring lady.”

Conn said Cary wrote her a note after Conn spearheaded efforts to gather and assemble green ribbon bows in honor of Haleigh Green, a local teen who was killed in 2015.

“She was just so proud of us for helping out when there was a need,” Conn said of Cary. “This world is going to miss her.”

Columbiana resident Janet Parson called Cary the best teacher she ever had and said the two remained friends until Cary’s death.

“She cared about you not only as a student but as a person,” Parson said. “She made a real impression on my life. She was a very caring, loving person, and we all do dearly miss her.”

From left, Kyndall Payton and Libby Shackelford stand in front of a green screen to make a portion of their... read more