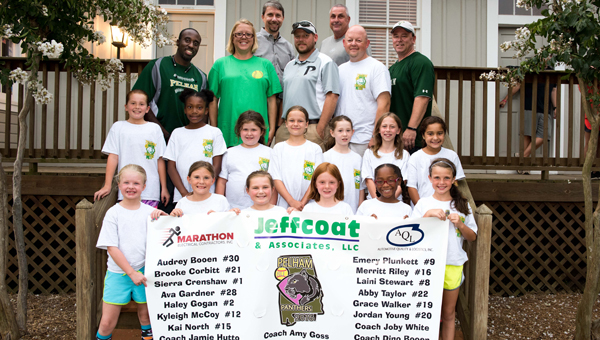 The city of Pelham donates $1,000 to the 8U Softball All Star team to be utilized for the Dizzy Dean World Series tournament in Southaven, Miss. (Reporter photo/Keith McCoy)

PELHAM— To help Pelham’s 8U Softball All Star team as they prepare to travel to Southaven, Miss., for the Dizzy Dean World Series tournament, the city of Pelham donated $1,000 to the 13-member team.

“We are thrilled you guys are going to go represent the city of Pelham in the World Series,” said City Council President Rick Hayes at a June 27 ceremony. “It’s not often you get to play in a World Series…appreciate this, don’t take it for granted. Go and have fun.”

The 13 players were selected for the All Star team from Pelham Parks and Recreation’s three 7-8 spring softball teams. 8U assistant coach Jamie Hutto, who was one of the head coaches in the spring, said they saw an influx in the girls softball program.

So far, the girls have seen a successful season, according to Hutto. The girls recently placed fourth in the state NSA tournament, and Hutto said they’ve placed in other tournaments throughout the summer.

“It was a good showing, because you played some really good teams out there,” Parks and Recreation Director Billy Crandall said of the recent tournament. “And it was like 6,814 degrees, so I am very proud of you.”

As with many team activities, there are many related costs, such as uniforms, gear and travel expenses. It was part of the reason Hutto said he started a GoFundMe website for the team with a $5,000 goal.

The money raised would alleviate some of the costs from the parents and allow the girls to have the summer of a lifetime, Hutto said. The site has raised $1,730 as of June 28, not including the donation from the city.

“We’ve done fundraisers, but what we are hoping comes out of this (GoFundMe) is that there are people in Pelham that recognize we are the only softball team that will represent the city of Pelham in any All Star tournaments this summer,” Hutto said.

He said the girls have worked hard all summer, adding the girls deserve to be recognized for giving up their summer for the love of the game.

After being presented with the $1,000 donation, each of the players thanked Hayes, Crandall and City Council member Maurice Mercer for being a part of the ceremony. The city officials were also given special 8U Softball All Star Pins.

“It is definitely an honor to be here with you, to be in your presence,” Mercer told the team. “You guys are champions, representing the city of Pelham. We are so excited. On behalf of the City Council, I just want to say thank you for all you do.”

To view the 8U Softball All Star team’s GoFundMe page, visit Gofundme.com/pelhamallstars. 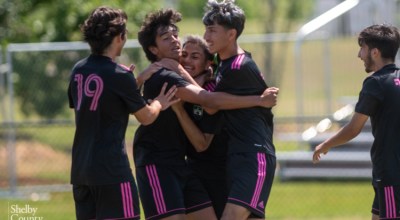