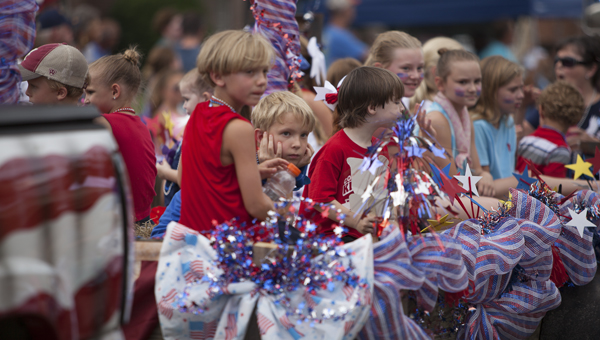 Columbiana’s annual Liberty Day celebration, now in its 30th year, drew thousands of people of all ages this year. (For the Reporter/Kevin McKee)

COLUMBIANA – Thousands of people filled Columbiana for the city’s 2016 Liberty Day celebration this past weekend.

“This was the 30th Liberty Day,” Columbiana Mayor Stancil Handley said. “I thought it was wonderful. I think we had the largest crowd that we’ve ever had, and we had more vendors than we’ve ever had.” 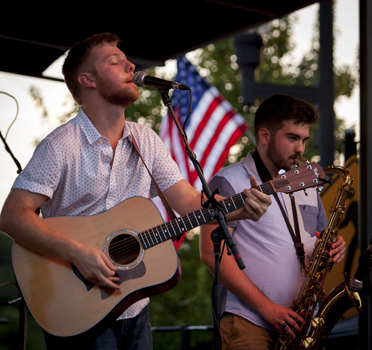 The Elliott Davis Band plays for the crowd June 24 on Main Street. (For the Reporter/Kevin McKee)

Festivities on Saturday, June 25 kicked off with a welcome from Handley, followed by Balloon Man, Dream Makers Dancers, Jackson Capps, patriotic music by Austin Foster, Rolling In The Hay, the Liberty Day Parade, more music from Foster, Negotiators and fireworks to cap off the evening. 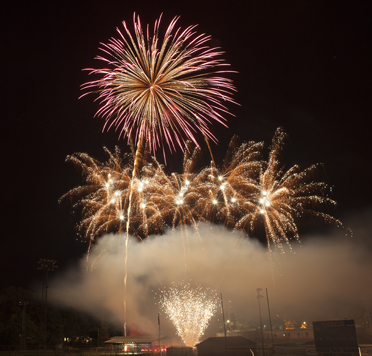 A fireworks show on the night of June 25 capped off the 2016 Liberty Day festivities. (For the Reporter/Kevin McKee)

“It was just really a good day,” Handley said. “Talking to people and vendors on the street, they were thrilled. If they’re thrilled, I’m thrilled.”

Handley praised Columbiana Marketing Director Elizabeth Smith for her hard work on organizing the event, which is held every year on the last Saturday of June in downtown Columbiana.

According to the city’s website, Liberty Day was named in honor of the Statue of Liberty, a gift of international friendship from the people of France to the people of the United States, and is one of the most universal symbols of political freedom and democracy.

A group of patriotic citizens formed in 1986 to sponsor Columbiana’s first Liberty Day to honor and to celebrate the 100th anniversary of the Statue of Liberty, which was dedicated in New York Harbor on Oct. 28, 1886, and then was rededicated July 4, 1986 following extensive restoration.

The first Liberty Day took place on Main Street in the summer of 1986 and featured patriotic music, local dance groups and fireworks.

“It was a wonderful day for Columbiana,” Handley said of this year’s Liberty Day.