By BRIANA HARRISON / Special to the Reporter

ALABASTER– The Rev. Arthur Harrison said one of his goals as the new executive pastor of First United Methodist Church of Alabaster is to address the issue of homelessness, joblessness and suicide rates among veterans. 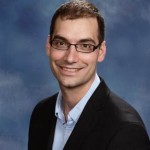 Having grown up with a father who served 30 years active duty in the Army – it’s a cause close to his heart. Harrison said suicide rates are higher among veterans in comparison to the general U.S. population.

According to data from the U.S. Department of Veterans Affairs the suicide rate among deployed and non-deployed veterans from 2001-2007 was 40-60 percent higher than rates among the general U.S. population.

“The church is here for the community,” Harrison said. “I’m excited to start talking to people, learning about this community and addressing some of these issues.”

Harrison’s role as executive pastor means that he will be responsible for the day-to-day operations of the church and for preaching two of the church’s four morning services. Wednesday marked Harrison’s first day in the position. On Sunday he met some of the church’s 1,000-member congregation during a meet and greet after church services.

The church’s senior pastor Sherry Harris is the head of the church. Harris serves as the primary preacher, preaching the two other morning services. She focuses more on the spiritual growth of church and community members, community outreach and deciding the direction of the church.

Harris, who also has a veterans in her family, said she will stand behind Harrison 1,000 percent in his efforts to reach out to area veterans.

He said he plans to use his platform to change lives, but ministry wasn’t always a path that was apparent to him.

He said he grew up in a family that went to church on Easter and Christmas. It wasn’t until high school when he joined a youth ministry group that his desire to learn more about God grew. In college he began speaking at church events and leading youth ministries.

“In college I started to feel like God was calling me to ministry, but I always thought I would follow in my father’s footsteps by joining the military,” he said.

He found a way to fulfill both of his callings by becoming a chaplain in the Army Reserves. In 2010 Harrison joined the Army as a chaplain candidate. Upon completing a Masters of Divinity at Washington, D.C.-based Wesley Theological Seminary in 2012, he officially became a chaplain.

Harris said she feels blessed to receive Harrison as her executive pastor. She said the leadership and supervision experience he gained in the military will be a valuable asset to the church.

He now holds the rank of captain and is the battalion chaplain for the 490th Chemical Battalion in Anniston.

“It’s a dual calling,” he said. “I’m serving my country and doing it the best way that I know how.”