ALABASTER – As Brandi Galloway, who was portraying Betty Boling, arrived home from work for the day, she was immediately inundated with urgent requests from Jordan Porter, Michelle McAndrews and Angela Walker, who were portraying the three Boling children.

Requests for money to purchase school supplies, food and candy filled the air as soon as Galloway returned to her group’s station in the gymnasium of the Shelby County Schools Instructional Services Center off U.S. 31 in Alabaster on June 29.

While it’s a scene most parents face on a daily basis, the simulated Boling family was facing more hardships than many typical families deal with.

Betty Boling’s husband had just been laid off, leaving Betty as the only working member of the family, and their 16-year-old daughter had recently discovered she was pregnant.

“That just changes everything, having a pregnant 16-year-old,” said McAndrews, who was portraying the pregnant teen. “Without that, she could have gotten a part-time job to help the family pay some of its expenses.”

“I think this exercise shows us that there are so many things we take for granted,” Walker added.

The fictional Boling family was one of many who took part in a joint simulation hosted by the University of Montevallo and the Alabama Possible organization at the SCISC on June 29.

Through the simulation, each family was assigned a set of circumstances typically faced by low-income families across the state and nation. Situations included aspects such as disabilities, senior citizens living on fixed incomes and sudden layoffs.

“We host these all over the state of Alabama,” said Alabama Possible Executive Director Kristina Scott. “It’s so hard for people to put themselves in a low income family’s shoes until they actually experience what it’s like.

“A lot of people just say ‘Get a job and make better decisions,’ but it’s not that simple. For a lot of low-income families, there is no right decision,” Scott added. “This helps people to get out of their comfort zone.”

After the families were assigned life situations, they were tasked with meeting the goals of feeding their families, paying utilities, keeping their homes secure, covering miscellaneous and unexpected expenses and going to work and school, if applicable.

The families were tasked with making it through four 15-minute weeks while meeting their goals and interacting with volunteers representing social services, utility companies, grocers, police officers, job interviewers and salespeople. 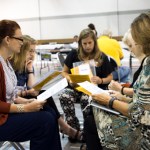 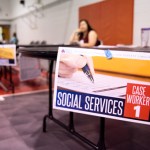 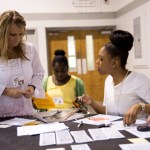 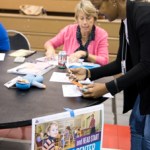 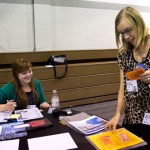 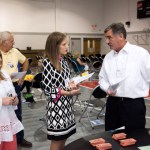 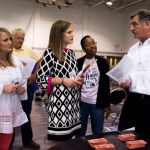 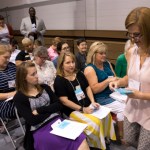 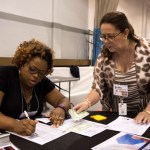 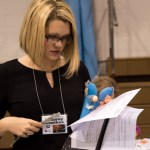 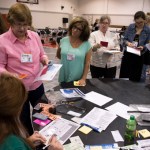 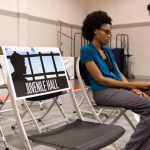 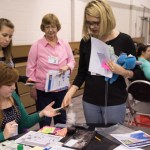 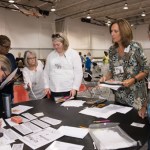