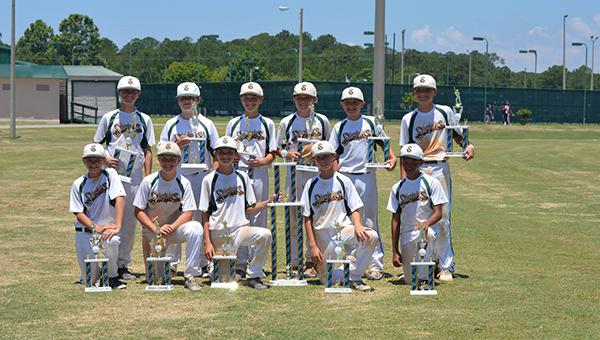 The double elimination tournament began on June 20 and ended on June 25. In that week, the Sidewinders played against other 12U teams from five different states and finished with a record of 4-2-1.

Formed in 2011 by head coach Calvin Wilburn, the team was started with one goal in mind. To develop young hometown players for the challenges of playing middle and high school baseball for the Helena Schools in the highly competitive Shelby County area.

Unlike many travel baseball teams which are compromised of highly skilled recruited players from many different areas and school systems, the Sidewinders all hail from Helena. The team has been together since the boys were seven years old and now they all attend Helena Middle School.

In the world of travel baseball it’s extremely challenging to compete against the “hired gun” teams made up of players hand picked and brought together for the sole purpose of winning trophies.

But for Helena’s Shelby Sidewinders, the belief in building meaningful relationships with each player through team consistency, family commitment and local player development are their secrets to high levels of success. The boys are so proud to represent Helena around the Southeast and honored to call Helena home.