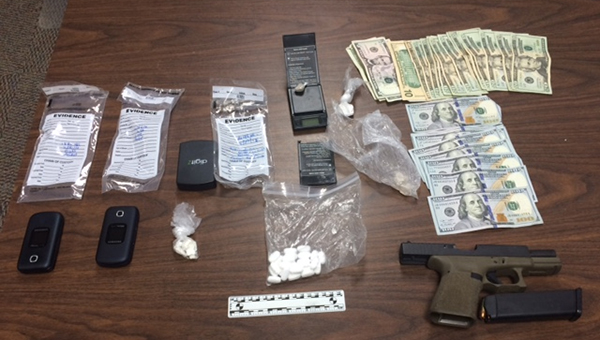 Pictured are the narcotics evidence confiscated by the Shelby County Drug Enforcement Task Force on June 30. D’Onte Trevon Harriell of Montevallo was charged with numerous crimes including trafficking heroin. (Contributed)

COLUMBIANA–On Thursday, June 30, the Shelby County Drug Enforcement Task Force investigators were requested to respond to the scene of an overdose death investigation and upon further investigation, the SCDETF arrested a Montevallo man on numerous charges including trafficking heroin. 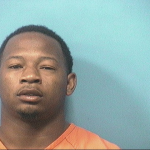 Investigators said they suspected the overdose was the result of a mixture of fentanyl and heroin. Narcotics investigators were able to identify the suspected drug dealer from whom the deadly dose was allegedly obtained.

Within 10 hours of responding to the overdose death, SCDETF investigators arrested the victim’s alleged drug dealer, 21-year-old D’Onte Trevon Harriell, in Pelham, and allegedly found him in possession of pure fentanyl, trafficking weight of heroin amounting to 6.49 grams, powder cocaine and a firearm at the 400 block of Cahaba Valley Road, according to his arrest warrants.

Harriell lists a home address in the 400 block of Skyview Drive in Montevallo and was arrested and charged with attempting to commit a controlled substance crime/distribution, trafficking heroin and a felon forbidden to possess a firearm, as well as violation of probation for the charge of first-degree robbery.

Harriell remains in the Shelby County Jail with a bond of more than $1 million and is also being investigated for his involvement in the death of the overdose victim.

“There is a tragic increase in the number of families suffering from the loss of a loved one due to drug overdoses,” said Task Force Commander Lt. Clay Hammac. “By no means do we attempt to dismiss personal responsibility of someone battling drug addiction and abuse, but we will hold the drug dealers accountable. We will diligently pursue these drug dealers and hold them responsible for these tragic deaths, within the confines of the law.”

Trafficking heroin is a Class A felony and Harriell could face up to life in prison if convicted.