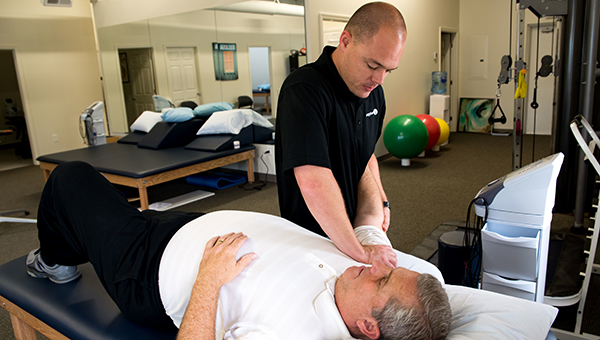 TherapySouth opened its doors in Helena on June 6, bringing the total number of locations to 21 throughout the greater Birmingham area, as well as Auburn and Athens, Ga.

Helena’s TherapySouth is located at 4690 Highway 17 and current hours of operation are Monday-Friday from 7 a.m. to 5 p.m.

Williams received a bachelor’s degree in biology from Faulkner University, a Doctor of Physical Therapy from the University of Alabama at Birmingham and also has certification as a manual therapist.

Williams has been with TherapySouth since 2010 and believes the personal level of care patients receive is what sets the practice apart.

“Our niche is one-on-one, hands-on care,” said Williams. “So everybody that comes in is going to have one-on-one time with a treating therapist and we’re going to be doing one or several different manual techniques on them. We do soft tissue work, joint mobilization, manual stretching, trigger point dry needling to release trigger points in the muscles, but that’s kind of how we set ourselves apart with the hands-on care.”

TherapySouth offers orthopedic treatments including musculoskeletal injuries or patients that have had strokes or neurological problems or those who have balance problems.

Williams has enjoyed being in the Helena area so far and said the best part about being a physical therapist is seeing results and helping people.

“This is a cool little place and it’s growing like crazy but it still has a small-town feel,” said Williams. “Everybody that I run into is real nice and it seems to be a closer knit community than some of the other communities. My favorite thing about the job is when you help somebody out and they’re able to do something that they couldn’t do before they came and saw you, that really makes people happy and they’re really appreciative of that.”

Helena TherapySouth can be reached at 624-4708 and more information about the practice can be found at Therapysouth.net.