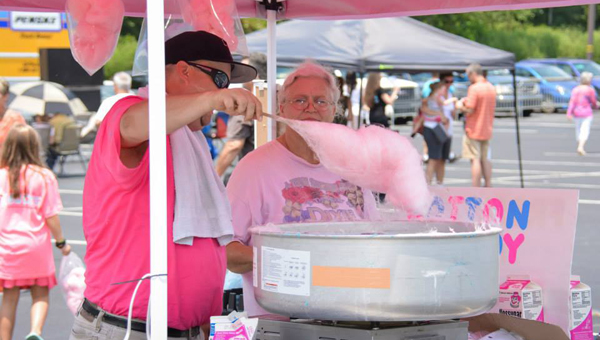 The vendor space for July 16’s Pelham Palooza has been completely filled by informational, artisan and food vendors. (Contributed)

PELHAM— After releasing the seven-artist lineup for Pelham Palooza and 103.7 the Q’s Just Show Up Show, the city of Pelham has filled all its vendor space for the event.

More than 50 informational, artisan and food-related vendors will be on site for Pelham’s annual event, and several performances will take place on the main arena stage, beginning with Magic by Kevin at 10 a.m.

The festivities begin Saturday, July 16 at 9 a.m. at the Pelham Civic Complex and Ice Arena. Attendees can peruse multiple vendors and children’s activities or participate in demonstrations and free ice-skating.

In between performances by Magic by Kevin and Grebel Dance, DJ Thomas Nails with Blaze Entertainment will play tunes to entertain.

Outside, guests can participate in a free bungee trampoline or Home Depot craft, purchase funnel cakes and fried Oreos and check out the Dale Jr.’s Nationwide Show Car.

“The Echosmith show at the Pelham Palooza Just Show Up Show brought in 6,400 people,” said event coordinator Paula Holly. “We look forward to meeting and surpassing that Just Show Up Show.”

The entire event wraps up with the 103.7 the Q’s Just Show Up Show at 7 p.m. at the Oak Mountain Amphitheatre. The lineup features Jordan Fisher, AJR, Nick Fradiani, Emblem 3, Ben Rector, Daya and Bebe Rexha.

“We are so excited to partner again this year with 103.7 the Q and the Oak Mountain Amphitheatre to do the Just Show Up Show at Pelham Palooza,” Holly said. “This year we are bringing in seven artists, so there will be something for everyone to enjoy.”