Brian Lee Skelton Sr., 56, had served on the council for 17 years, most recently as president pro tem, and served as Hoover’s mayor for one year in 1999. 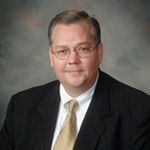 “When the history of Hoover is written, Brian Skelton will be listed among the major leaders who took Hoover from a sleepy Birmingham suburb to one of the major cities in the state of Alabama,” Hoover City councilman John Lyda wrote in a July 5 email. “His leadership style is one that all public servants should work to emulate; a quiet leader who never sought the spotlight but worked with his colleagues and constituents to always do the right thing for the right reasons.”

Skelton had been in the intensive care unit at UAB Hospital after his stroke, and had dealt with various health issues over the last several years, Lyda said.

Skelton is survived by his wife of 25 years, Angel, and three children, Brian L. Skelton Jr., Taylor and Jade.

“He was a great dad, a great friend,” Mayor Gary Ivey wrote in a July 4 social media post. “He’s really given back to the city, and he’ll be missed by a lot of folks.”

Visitation will be held Wednesday, July 6, from noon to 2 p.m. at Hunter Street Baptist Church in Hoover, followed by a 2 p.m. service celebrating Skelton’s life.

The graveside service and burial will be held at Southern Heritage Cemetery in Pelham.