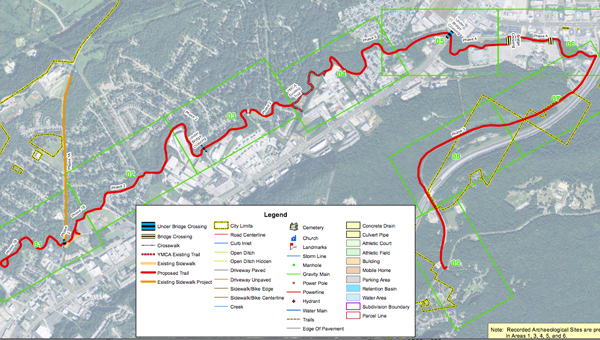 The Pelham City Council approved an agreement with ALDOT for the preliminary engineering and design work related to the greenway and trails project in the city. (File)

PELHAM— The preliminary engineering and design work for Pelham’s trails and greenway project may begin soon after the city authorized an agreement with ALDOT at a July 5 City Council meeting.

“This is just the first part of the project basically saying we agree to our match related to this. This is their standard contact. There are no issues that I saw in it,” said City Council President Rick Hayes. “This would get us off and running on designing the trail system.”

The agreement covers all funding of the preliminary engineering for the proposed improvements. It also states any cost for work not eligible for federal participation will be financed 100 percent by the city.

In January, Pelham was awarded $2.5 million by the Regional Planning Commission grant for the project. The funding is through the Congestion Mitigation and Air Quality Improvement program focused on supporting the environment through transportation and related projects.

The city was also awarded TAP funding to supplement costs related to the project.

According to the agreement document, “The project will commence upon execution of this agreement and upon written authorization to proceed from the state directed to the city.”