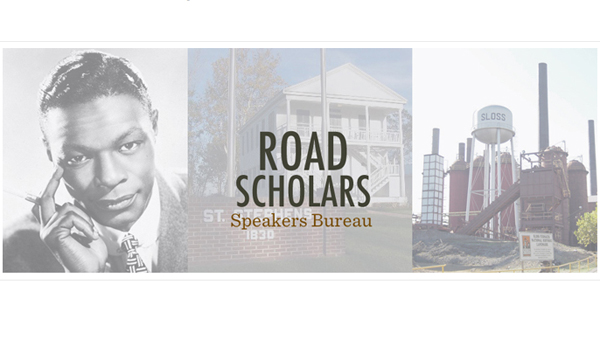 Karen Utz, a member of the Alabama Humanities Foundation’s Road Scholars Speakers Bureau, will give a presentation called “Sloss Furnaces: The Evolution of Birmingham’s Iron Plantation” at the Mt Laurel Library on July 12. (Contributed)

NORTH SHELBY – Karen Utz, a member of the Alabama Humanities Foundation’s Road Scholars Speakers Bureau, will speak about Sloss Furnaces and their place in Birmingham’s industrial history at the Mt Laurel Library.

Utz’s presentation, “Sloss Furnaces: The Evolution of Birmingham’s Iron Plantation,” is set for July 12 at 6:30 p.m.

The presentation will include information about the company houses Sloss Furnaces maintained throughout Birmingham’s industrial district between 1900 and 1950.

“Sloss Quarters, the 48 houses adjacent to City Furnaces, were designed specifically for black workers,” a press release read. “They were typical shotgun-style structures, with two rooms set on foundation posts and no indoor plumbing. While not a company town in the strictest sense, there was a doctor’s office, a commissary with ‘clacker’ and numerous neighborhood gatherings: Watermelon cuttings, chitlin’ suppers, dancing and ball games.”

Housing in Sloss Quarters served two purposes: It attracted family men, thus lowering the rate of absenteeism, and it made available a ready supply of labor in case of emergencies, the release read.

“Company housing was dismantled in the late 1950s as maintenance became a drain on the company’s resources,” the release read. “Oral histories from the ‘Like it Ain’t Never Passed’ monograph are incorporated into the presentation and provide an excellent overview of the recollections of the residents of Sloss Quarters.”

Also, Utz is involved in expanding the oral history project at Sloss, and in ongoing efforts to restore the site.

In addition to her work at Sloss, Utz is an instructor at UAB, where she teaches courses pertaining to critical thinking, early and modern American history, as well as courses dealing with southern industrial history and American history during the 1960s.