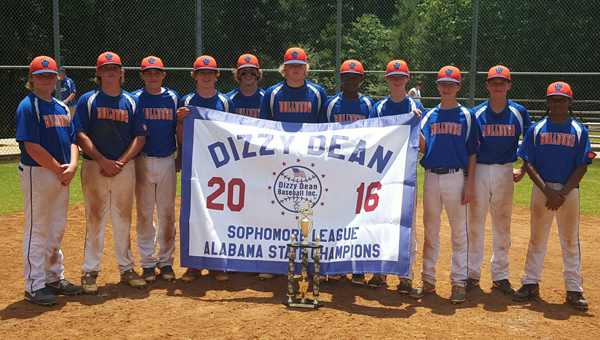 VINEMONT – Since the start of the Dizzy Dean baseball season in late April, the U14 Montevallo Bulldogs have been on quite the tear. The Bulldogs have racked up a 31-3 record over the summer, and have not lost a game since late April, early in the season. Over the July 4 weekend Montevallo participated in the U14 Alabama Dizzy Dean State Tournament in Vinemont, winning that tournament easily, and will now move on to play in the Dizzy Dean World Series.

Scott Butterworth, the head coach of the U14 Bulldogs, believes this team is one of the best youth teams in the Southeastern United States.

“This is a really, really good baseball team,” Butterworth said. “It’s probably one of the best teams across the Southeast. They really hit the ball, defensively they’re strong, but pitching is where they’re strongest. I can go with eight, nine, 10 different guys pitching, not many teams can do that. The longer the tournament is, the better it suits us.”

Butterworth coached essentially this same group to the U13 state championship a year ago, but that group did not make the trip to the World Series, as the World Series conflicted with too many family vacation opportunities. Coming into this season, however, the team made the decision that if they had the chance to return to the World Series, they would take it.

Dizzy Dean baseball is just one of the many amateur baseball organizations that exist across the country, Little League Baseball and Dixie Youth Baseball being examples of others. Different individual parks across the country can be members of any amateur organization they choose, but only parks that play Dizzy Dean schedules can qualify for the Dizzy Dean World Series, which Montevallo does. Dizzy Dean is also played almost exclusively in the Southeast United States.

The tournament is taking place from July 16-20, and will host between 16 and 20 teams from across the country. While there is no real way to know what other teams will look like coming in to the tournament, Butterworth believes his team will be a tough one to beat.

“We’re going to play as hard as we can,” Butterworth said. “You never know what’s going to come out of another state, but I’ll take my guys against anyone.” 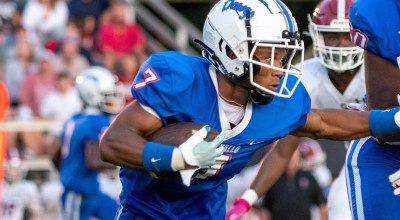 Montevallo offense quiet in 2nd half of loss to Sipsey Valley