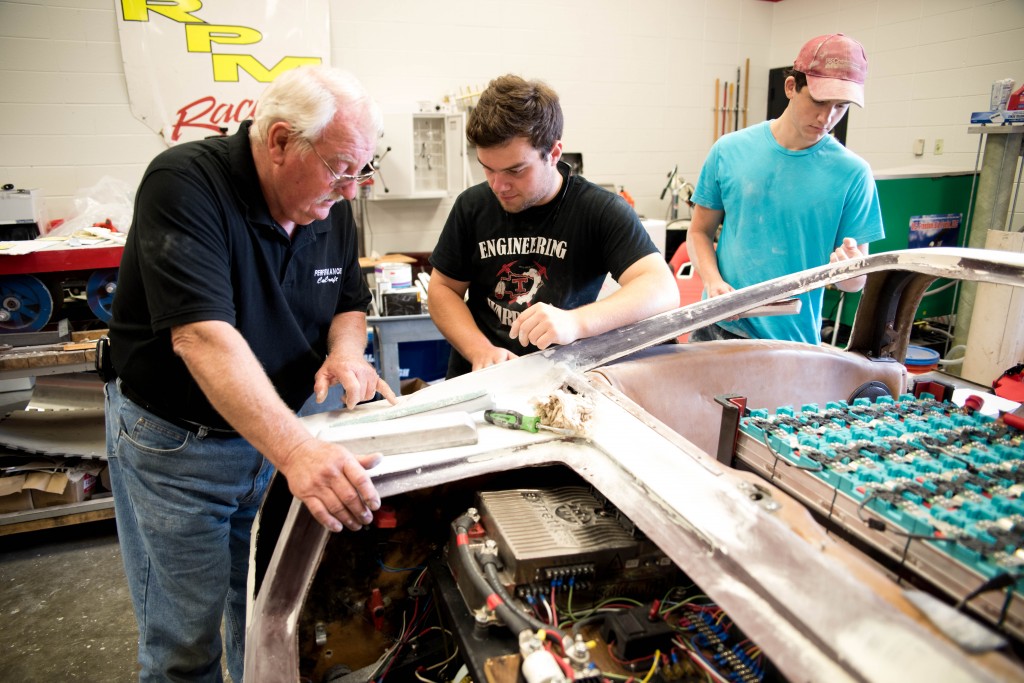 ALABASTER – Some Thompson High School students have been working hard this summer on converting an old car from a gas engine to a working electric vehicle.

Engineering teacher Brian Copes said the project has been going on for the past year and a half and they hope the car will be finished by the end of the upcoming 2016-17 school year.

Copes has been at Thompson for the past two years and brought in the car project in the December of his first year.
“I always try to find something that will excite the students and make them want to learn,” he said. “We like to offer students as much as we can.”

The car came in as a working gas engine 1974 Bradley GT II, a kit car built on the base of a Volkswagen Beetle. Thompson senior Dallas Smith said the kit car was popular because it looked similar to a Ferrari.

“They sold them as the poor man’s Ferrari,” Smith said. “In that honor, we plan to paint it Ferrari red.” 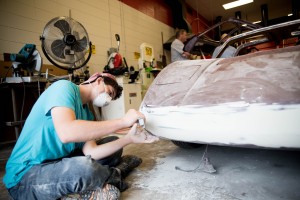 Stephen Fuller, a junior, said his favorite part of building the car was learning about the electrical system and how it works within the vehicle.

Copes said after the car is finished it will be used for different testing for the students, and will provide them a real-life model of how to keep and maintain an electric vehicle.

“Electric cars are here, and they’re here to stay,” he said. “It’s important for these students to understand these cars and how to work on them, because it’s their future.”

Copes said many local businesses and nonprofits have helped mentor the students, and been integral in getting parts and financing for the project.

“It’s really been a community effort to educate these students and make this project possible,” Copes said.

A big partnership of the conversion project has been with Performance Car Craft, a body shop located in Alabaster. Copes said Vernon Boyd has been helping the students shape the body and prepare it for paint and finishing.

Performance Car Craft owner, Scott Meinburg, said Boyd has been in the business for more than 30 years and taught at Honda and VC Tech, and helping at Thompson seemed a natural fit.

Boyd said he has spent many half days at the school, helping guide the students to make sure the car is done well.

“I was here every day Scott would let me take a half day,” Boyd said. “I’ve spent about six Saturdays and 20 half days helping these boys. They’ve been doing real well.”

Copes said the project has mainly been an afterschool and weekend project with little time spent on the car during the school day.

They hope to have the car primed and ready to paint within the next month. Copes said they are right on schedule to have a working electric car built by the end of the school year.