Cahaba Valley Fire responded to the 9:50 p.m. call at Arium Inverness, located off Heatherbrooke Parkway in Inverness near U.S. 280. 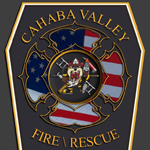 The 3500 building with 18 units was completely impacted by the fire, and the 3600 building, also with 18 units, was evacuated because the power was cut to both buildings, according to Grant Wilkinson, primary public information officer for Cahaba Valley Fire.

“The American Red Cross was working with all the residents to get them housing for the night,” Wilkinson said in a July 7 phone interview. “We hope to allow those residents of the 3600 building back into their units as soon as the power can be safely turned back on to that building.”

Wilkinson said the number of residents displaced was unknown.

No civilian or firefighter injuries were reported.

“All were evacuated at the time of the fire,” Wilkinson said. “The fire is under investigation at this time with our fire marshal.”

The fire was brought under control relatively quickly, Wilkinson said, and was declared extinguished at about 12:20 a.m. July 7.