PELHAM— A positive attitude and Pelham Pride are the priorities of Lucas Burger, who recently announced his intention to run for Place 3 on the Pelham City Council. As a 1999 graduate of Pelham High School, Burger said he wants to make Pelham great. 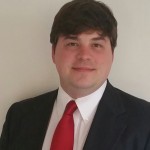 “I just want to make Pelham great. I think Pelham can be a great place,” Burger said in a July 7 interview. “I think we need to make sure we are electing the best candidates, and candidates who are not only looking out for their own interests but the interests of others.”

After graduating from PHS in 1999, Burger attended Southern Union State Community College, where he earned his associate degree in science in 2004.

He earned a bachelor degree in business administration from Faulkner University in 2005, and graduated with an associate degree in nursing from Lawson State in 2011.

Burger currently works as a realtor at Keller Williams Realty Metro South in Alabaster and at St. Vincent’s in Birmingham. He is a chemotherapy and biotherapy registered nurse.

“(I’m) running to make Pelham great,” Burger said. “I am hoping that everyone is looking to elect candidates that are best for Pelham.”

Some of the issues Burger is focusing on are keeping taxes, fees and fines low, which he said also contributes to creating a prosperous economic environment for business.

In addition, he said he’d like to set term limits for officials in Pelham, and be aware of “out of control spending.” He said it’s important to keep an eye on spending that would be detrimental to the city’s credit.

Burger said he plans to communicate with surrounding cities to improve transportation, if elected. This would include following through with sidewalk projects, the greenway trails and more, as well as working to improve Shelby County 261.

Other issues Burger said he’d focus on are the flooding problems in Pelham, keeping Oak Mountain State Park beautiful and being transparent within the city.

As a Pelham native who attended both Valley schools, Riverchase Middle School and Pelham High School, Burger said he knows what it is to have Pelham Pride.

“Pelham Pride as far as cleaning up neighborhoods and making sure around U.S. 31, cleaning up some of those areas,” he said. “Just taking pride of our community… Pelham is a great place to live, but we are going to make it better.”