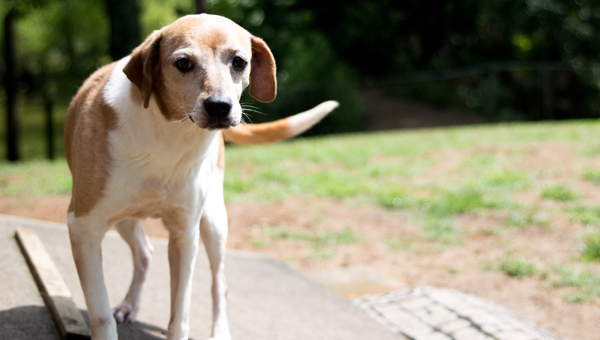 Peaches is one of more than 40 dogs awaiting adoption at 2nd Chance Animal Sanctuary in Blount County. (Reporter Photo/Keith McCoy)

BLOUNT COUNTY – Two-year-old KoKo is the picture of a young, healthy dog as she runs around Sandra Shaffer’s yard at 2nd Chance Animal Sanctuary on a hot afternoon in June.

One of the newest additions at the sanctuary, KoKo has wasted no time in capturing Shaffer’s heart and developing friendships with other dogs on the property.

As much as Shaffer loves her, though, KoKo is one of many canines at the sanctuary awaiting adoption.

“She needs a home,” Shaffer says as she watches the energetic chocolate lab mix frolic on the damp grass with Mocha and Chester, two other rescues at 2nd Chance, a 16-acre, no-kill sanctuary in rural Blount County.

Shaffer knows the vast difference between the KoKo she is watching run excited laps around the yard and the KoKo she rescued from abandonment after the pup’s previous owners moved out and left her in Warrior.

The KoKo Shaffer rescued was skinny and had mange, a skin disease caused by parasitic mites that leads to itching, hair loss and scabs and lesions.

Under Shaffer’s care, KoKo has gained weight, re-grown her missing fur and prospered in a positive environment, ready for another opportunity to be a loyal pet to a loving owner.

Currently, Shaffer cares for nearly 46 dogs at 2nd Chance, which she founded as a non-profit organization in 2006.

As one of only a few no-kill sanctuaries in the state, 2nd Chance harbors animals until they are adopted or until they have lived out their natural lives. No animal, regardless of age or health, is euthanized because of space issues at the sanctuary.

Many of Shaffer’s animals available for adoption are considered “seniors” in terms of age, meaning they are 10 years old or older.

Some of the dogs are in the 6- to 8-year-old range. Occasionally, she has puppies available, but Shaffer emphasizes her non-discriminatory approach to accepting animals at the sanctuary.

“Yes, puppies are always easier to adopt, but not everyone wants to do puppies,” she says.

Shaffer does not take animals surrendered by their owners, and she does not pick and choose animals for her sanctuary based on whether she thinks they are good candidates for adoption. She accepts animals that have been abandoned or that are about to be euthanized at a shelter.

Chester, a 10-year-old black dog Shaffer named after “Gunsmoke” character Chester Goode, is one of the beneficiaries of Shaffer’s open-door policy.

Chester was on “death row” at an animal shelter with only hours separating him from being euthanized when Shaffer met him.

An older gentleman whose job it was to walk the dogs at the shelter before they were put to sleep had been moving Chester to different spots in the building, trying to buy him more time to live.

Shaffer was at the shelter on other business the day before Chester was due to be euthanized, and the man struck up a conversation with her about Chester, asking her to take the dog home.

Tears flood Shaffer’s eyes as she recounts the day she couldn’t say no to the old, black dog with a gentle spirit and a limp.

Another senior star at the sanctuary is Mocha, an 11-year-old red-nosed pit mix Shaffer uses to test the temperaments of new arrivals for possible aggressiveness.

“She wouldn’t bite a biscuit and looks like Arnold Schwarzenegger,” Shaffer says of Mocha.

A small dog named Mr. Deeds paces back and forth as Shaffer talks to him. Shaffer took him in after he and other puppies were loaded into a sack and thrown off a bridge to drown in the water below, Shaffer says.

Another pit mix dubbed Rock was abandoned at a river.

Lab mixes Razzle and Dazzle were among more than 30 animals Shaffer rescued in 2010.

Reba, Ricochet, Billie Jean, Miss Sunshine, Buster Brown, Spikey Mikey and many others comprise the diverse selection of rescued animals Shaffer nearly single-handedly cares for at her sanctuary on a daily basis.

“All my dogs are happy,” Shaffer said. “They’re taken care of.”

In addition to dogs and cats, Shaffer also has acquired other animals over the years, including Muscovy ducks, horses, a donkey, a half-donkey and half-zebra mix, rabbits and a pond full of catfish, bream and bass.

“Up until last year, I worked a full-time job and did all this,” she says.

Volunteer help and donations have been inconsistent, at best, although maintenance projects and expenses continue to surface.

Shaffer estimates the cost to operate the sanctuary to be between $40,000 and $50,000 each year when she adds up all of the veterinarian bills, food bills and other facility expenses.

Regarding her dogs, Shaffer is starting to worry about her dwindling supply of food.

She has reached the last few stacks of food bags from a 12-pallet shipment from a food bank in South Carolina.

Three, 40-pound bags of dog food are required to feed all of Shaffer’s dogs per day.

Additionally, Shaffer has started to build new kennels for her dogs, and materials for the project will add to her expenses.

Donations ensure Shaffer can continue her work and establish the sanctuary as a perpetual haven for animals in need of a home, whether temporary or permanent.

For those wishing to donate dog food, Shaffer accepts the Pedigree brand.

All donations to the sanctuary are tax-deductible. Checks can be made to 2nd Chance Animal Sanctuary, P.O. Box 193, Hayden, AL, 35079.

For more information about the sanctuary, email Shaffer at sshaffer01@bellsouth.net. 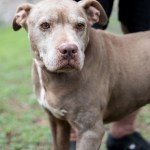 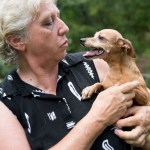 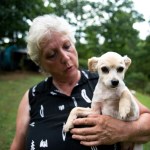 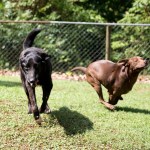 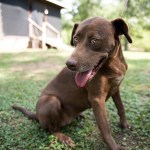 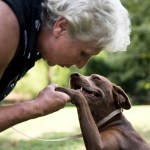 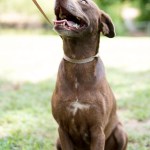 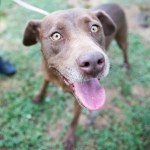 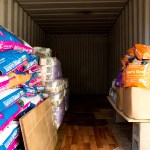 Shaffer stores dog and cat food in a large trailer on the property. She has reached the last few stacks of food bags from a 12-pallet shipment donated earlier this year. (Reporter Photo/Keith McCoy)