ALABASTER – A pair of teenagers are facing multiple felony charges after police said they allegedly broke into several vehicles in an Alabaster apartment complex. 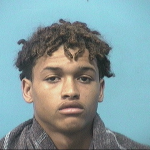 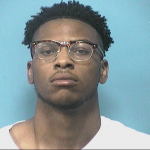 According to their arrest warrants, Bonella and Smith allegedly broke into several vehicles in Alabaster’s Wellington Manor apartment complex at about 4 a.m. on Monday, July 4.

Their arrest warrants claim they broke into a 2010 Chevrolet Malibu, a 2000 Mitsubishi Gallant, a 2005 Chevrolet Express van and a 2001 Nissan Frontier, and stole a total of $14.13 in cash, chain hearts and a rabbit foot. Bonella also allegedly attempted to break into a 2004 GMC Canyon vehicle.

Unlawful breaking and entering a vehicle is a Class C felony, and is punishable by up to 10 years in prison upon conviction.

Both suspects are set to appear in Shelby County Circuit Court on Aug. 11 at 8:30 a.m. for preliminary hearings.