Helena Council approves resolution to ease traffic at HIS 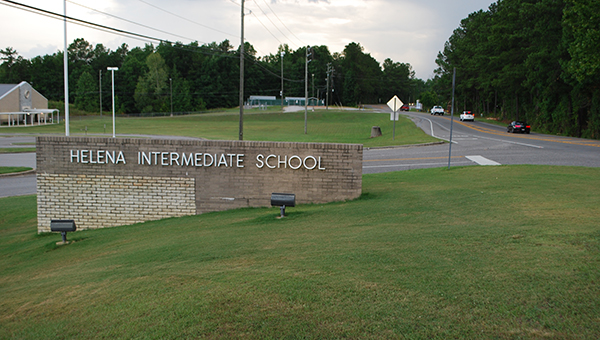 If approved by county, the right and left turn lanes at Helena Intermediate School would be widened or extended to allow more cars to turn into the school and not block Highway 52. (Reporter Photo/Graham Brooks)

HELENA–The Helena City Council has approved a resolution to move forward with a project that will help relieve congestion and traffic during peak hours at Helena Intermediate School.

The project, if approved by county, would help widen and extend the right turn lane entering the school off Shelby County 52 to allow approximately 10 more vehicles access to turn right allowing less buildup on the highway.

The other part of the project would include extending the left turn lane that heads into HIS by adding more striping to also allow nearly 10 more cars to enter the school coming from the other direction.

“We can get an extra 10 cars off the highway, almost 10 on each end really for the entrance and exit,” said Helena Mayor Mark Hall. “You know, if we get 10 more cars off the road that’s 10 more cars that can keep going down the road. What we’re asking for tonight is approval to proceed and gather information from contractors and people to do that work and get final approvals from the county.”

Helena Councilman Mike Jones also agreed that allowing more cars to turn into the school and getting off the main highway would help the traffic in the area.

“Twenty cars doesn’t sounds like a lot but when you’re talking about per 4-6 minutes cycles, you’re talking 200-300 more cars we’ll be able to process through there,” said Jones.

The city will now wait to get approval from the county and if approved, the project should consist of approximately a week’s worth of construction.