“After much consideration, research and input from friends and supporters, I have decided that I will file for place 4 during qualification next week,” Shaw wrote in a press release. “When I make this kind of important decision, I stick with it. I’m really excited to turn the corner into this next phase of the campaign.” 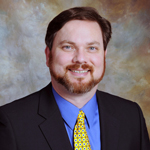 Much of his research and energy has been spent looking at the top 10 cities in Alabama.

Hoover sets a standard for many cities in the state; however, Hoover is the only city in the top 10 without a comprehensive city plan, the release read.

“My team and I have visited thousands of homes,” Shaw wrote. “I’ve met many amazing people and I’ve found tremendous support for my call to create a comprehensive plan for Hoover. Our citizens are ready to come together as a community and create that vision.”

Acknowledging the lack of cooperation between the city and the school board is central to his campaign.

“It’s time to restore that cooperative relationship between the city and school system,” Shaw wrote. “Hoover citizens, young and old, love Hoover City Schools and I want to be a council member that reflects and represents that.”