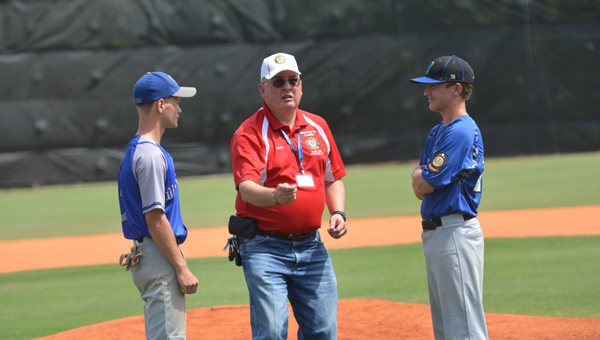 The 2016 Alabama American Legion State Baseball Tournament is taking place from July 14-17 at a number of locations throughout Shelby County, including Spain Park High School, Pelham High School and Helena High School, as well as Birmingham Southern College and the Hoover Met as well. The tournament will consist of 32 teams across three different divisions and will have roughly 450 total players. Teams from across the state have descended on Shelby County for this tournament, which will finish at the Hoover Met on Sunday, July 17.

The American Legion has a long and storied past with the game of baseball, and is celebrating its 90th year associated with the game this year in 2016. Almost 72,00 youths ages 15-19 participate annually in American Legion Baseball, according to a press release, and nearly 60 percent of current college players are program graduates as well.

The Alabama state tournament has three different age groups, the 15U group, the high school eligible group and the 19U group. For the 15U teams and the high school eligible teams, this tournament represents the end of the season, but the winner of the 19U group will advance to the Elite Southern Regional, where they will have a chance to earn a trip to the American Legion World Series, held in Shelby, North Carolina.

The tournament costs $8 per game at any venue over the first three days, and costs $10 per game on Sunday at the Met for the three championship games. There is a tournament pass available for purchase for $25 that will allow access to all of the games for the tournament. For more information and a complete bracket of tournament games, visit Alabamaamericanlegionbaseball.com.