PELHAM— When Marco Gonzalez announced he was running for a place on the Pelham City Council, he attributed his decision to his desire to serve the public. 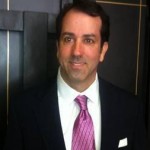 The Pelham resident has lived in the area for more than 35 years, raising his children in the city and serving in various community organizations, such as the YMCA, the Alabaster/Pelham Rotary Club and Family Connection.

“I think a lot of people forget when they run for office that they are there to serve the public,” Gonzalez said in a July 13 interview. “I want to serve the people of Pelham. To be their voice.”

After graduating from John Carroll Catholic High School in 1981, Gonzalez earned his bachelor’s of science from UAB and his Juris Doctor from the Birmingham School of Law in 1988.

He is the owner of Gonzalez Law Firm, LLC in Alabaster off U.S. 31. At his law office, Gonzalez said he interacts with clients regarding everyday legal issues, and as a result has formed relationships over the years that have helped resolve issues in an efficient and cost-effective manner.

Gonzalez cites interacting with the public as an essential aspect to the duty of a City Council member, and said his main concerns would be those of the citizens of Pelham. Supporting the current school system, he said, is one of his main priorities.

“None of us would be where we are if it weren’t for their teachers, professors and their coaches. We don’t give teachers the credit they deserve,” he said. “If we support our teachers and our schools, our property values go up. Good schools attract new families and new homes.”

Good schools, new families and new homes are also essential to creating a more prosperous business economy, he said. Not only that, but Gonzalez said businesses also need less regulation to be successful in the city.

Gonzalez said he has gone out and spoken with the business owners in Pelham, and they have told him they need more incentives and fewer restrictions. He said owners would like the opportunity to attract people to their businesses, especially on holidays.

“All these businesses are not going to come to Pelham if Pelham is not business friendly,” he said. “We have to be cautious about restrictions and limitations we put on new businesses.”

Gonzalez also said he would like to see employee appreciation days in Pelham, greater collaboration between surrounding communities, promoting the city’s assets and setting term limits for officials.

Every concern Gonzalez mentioned, he said was one that came directly from the community. His hope, if elected, is to be their voice.