PELHAM— After serving the city for more than 27 years at the Pelham Fire Department, former Battalion Chief Don Green has announced his intention to run for Place 2 of the Pelham City Council. 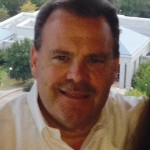 After growing up in Chilton County, Green moved to Pelham with his wife about 29 years ago. He has spent more than half of his life in the city, and both of Green’s children—Austin and Kimberly—graduated from Pelham High School.

Green currently serves as the vice president of Stratus Orthopedics, where he has worked for 27 years. He said he worked both jobs while he was with the city’s fire department.

He earned his associate’s degree from Wallace State, and his bachelor of science from Hamilton University. Green is also board certified as an orthopedic physician assistant and an orthopedic fitter.

Green said he is requesting the opportunity to serve as one of the City Council members because he believes he can bring a unique perspective to the position through his understanding of public safety and health care.

Supporting the city’s employees is one of the things Green said he would like to see improved, if elected. When he moved to Pelham, Green said he took a pay cut, but Pelham was the place he wanted to be.

He said he would like to reestablish Pelham as the place to be, drawing residents because they want to be in Pelham rather than for a larger paycheck.

“I think that we need to maintain and grow the pride which has always been synonymous with Pelham,” Green said. “From a city standpoint, employee standpoint and from every aspect.”

Another attribute Green said is important is the ability to listen, understand and tell the truth. He said sometimes it is absolutely all right to admit one does not have enough information to formulate an opinion or even choose a side.

“The ability to listen to people and then differentiate between this side and that side is absolutely imperative,” Green said. “You should not form an opinion until you get the facts.”

This was a skill Green said he learned first hand through his stint with the fire department.

From providing additional employee support to maintaining professionalism as a leader, Green said he would like the opportunity to serve the Pelham community once again.