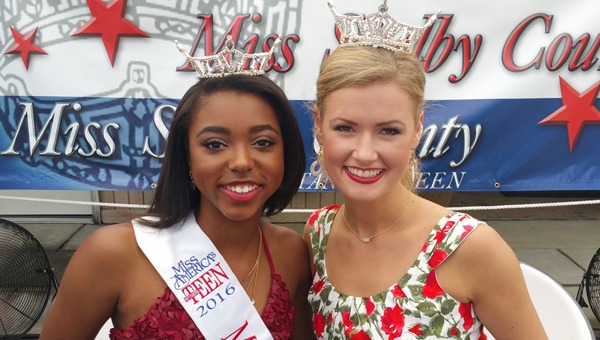 Two crowns will be passed on July 15, 2016 at the 29th Annual Miss Shelby County Pageant. The theme for this year’s pageant is ‘Life is Sweet’.

Barber was crowned Miss Alabama on June 11, and she is the first reigning Miss Shelby County to win the title of Miss Alabama. She will go on to compete in the Miss America Pageant on Sept. 11.

“For me it was such a great opportunity to represent my home,” said Barber, of her time as 2016 Miss Shelby County. “I was able to give back this past year to those very people that poured into my life and made me who I am.”

The GFWC-Alabama Vignette Club of Shelby County has produced the pageant since 1987. Miss Shelby County is a preliminary for the Miss Alabama/Miss America Organization.

Tickets for the pageant are $15, which includes a pageant program.

Proceeds raised from the sale of tickets go back to the community.

The University of Montevallo will award in-kind full tuition to the pageant winner, valued at $45,480, as well as a $1,000 book scholarship.

Additionally, the contestants will be competing for over $10,000 in cash and prizes.

The Sonya Lefkovitz Community Service Award of $500 is awarded to the contestant that best represents the life of the late Vignette Club member, who was passionate about the Columbiana Community and gave selflessly of her time.

A $200 award will be given for Miss Congeniality in memory of the late Vignette Club member Joyce Reach Smith.

The Chelsea City Council passed a resolution in support of Shelby County Sheriff’s Office deputies and to recognize them for... read more