CHELSEA – Fostering greater community involvement in local government and addressing road and growth issues are among the goals Chelsea City councilwoman Alison Moore Nichols hopes to reach if she is elected mayor in August.

“Chelsea is on the cusp of a huge transition,” Nichols said. “We have to grow from our roots. The foundation we have right now is a great foundation, and we need to work off that foundation.” 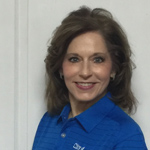 Nichols was born and raised in Chelsea and became more closely involved in city government in 2012, when she was elected to a four-year term in place 4 of the Chelsea City Council.

Nichols emphasized the importance of open, honest communication between city leaders and citizens, and forming strong partnerships with other governmental entities in Shelby County and statewide, including the Shelby County Commission, Shelby County Board of Education and the Alabama Department of Transportation.

“What I would like to change most would be open communication between city government and citizens of Chelsea,” Nichols said, noting public attendance at council meetings is typically low, unless a group of children is being recognized. “To me, that’s a sign people don’t think their voice can be heard. Effective communication is the best thing a city government can give its citizens.”

“Distrust leads to apathy, and apathy is the No. 1 enemy of any kind of progress, whether school or government,” she said. “If (people) feel like their ideas can be addressed, they have a sense of fairness to it.”

In addition, Nichols is calling for more representation for Chelsea at Shelby County BOE meetings to voice the city’s schools’ current needs.

Nichols said she remembers watching her father serve on the board in the 1960s, noting the role countywide partnerships play in meeting each entity’s needs.

“Hard decisions have always had to be made,” Nichols said. “It just takes the courage to stand there and make them. Government was meant to do the things that people couldn’t do by themselves.”

As a bus driver for Shelby County Schools, Nichols said she experiences many of the same road issues residents express concerns about on a daily basis, and plans to work to remedy as many as she can, particularly at the major intersections––Shelby County 47 at Shelby County 39, and Shelby County 11 at Old Highway 280, for example––near Chelsea’s schools and throughout the city.

“You can’t cure every pothole, but you can work on all the major intersections and make them as safe as possible,” Nichols said. “Traffic flow is our biggest safety issue we have with the roads. We need to address the traffic flow problems we have now.”

She would like to compile a list of roads and their status––along with other important programs going on––that residents can view.

“Fast growth” is a huge factor in Chelsea’s future, Nichols said, and planning for infrastructure growth as the city’s population continues to increase is among her goals.

Ensuring Chelsea’s school buildings can accommodate higher enrollment numbers and new businesses can move in are issues that must be addressed, Nichols said.

“We need to be able to plan for our schools to grow,” she said. “We’re going to get the larger businesses because it’s where the people are. We’ve got to grow at a pace we can support with our roads, schools … the very things that enticed people to move to Chelsea.”

Nichols said she pledges to make sure Chelsea continues not charging residents a property tax.

Nichols graduated from Chelsea High School in 1980 and from the University of Alabama with honors in 1984.

She has worked for Warren Laboratories as an advertising marketing director and for ProSync Corporation as a job developer.

She has two sons, Joe and Jack.

In addition to her school bus driving and City Council duties, Nichols is a server at Hartley’s restaurant in Chelsea.

“We have a lot of talent in Chelsea, and we have the people and resources in Chelsea; they just need to know we want their help,” Nichols said. “I believe we need someone that has the lifelong values of Chelsea citizens that sees present needs our community faces. I look forward to working with the community on tackling the subjects they deem important and partnering with them in as many areas as we can.”