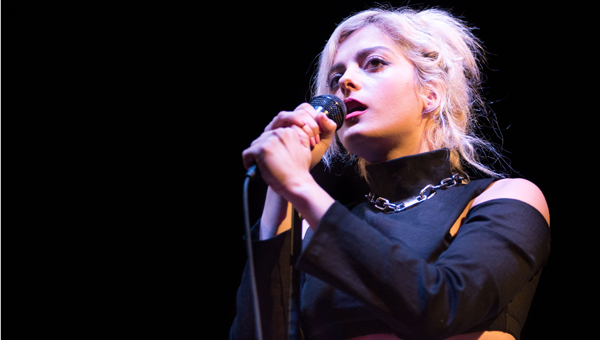 PELHAM— As Erin Mitchell entered the Oak Mountain Amphitheatre Saturday, July 17 for the Just Show Up Show and Pelham Palooza, she knew the wait was worth it.

Mitchell had driven from Saint Clair for the event, arriving at 8 a.m. to stand in line for 10 hours before the doors opened for the concert. When they finally did, Mitchell was the first fan inside.

This year’s event drew 6,789 people to Pelham, which was an increase of about 400 individuals since the first Pelham Palooza/Just Show Up Show partnership. The event’s diamond sponsor was Avadian Credit Union.

“We were thrilled by the turnout,” said the city’s event coordinator, Paula Holly. “It was a great boom to our economy, restaurants and hotels. We are very excited and can’t wait to do it again.”

Attendees also saw a change of venue from the small stage to the larger one this year to accommodate interest in the concert.

103.7 the Q’s Just Show Up Show officially kicked off at 7 p.m. with Jordan Fisher, AJR, Nick Fradiani, Ben Rector and Daya. Emblem3 was originally on the docket to perform, but they cancelled due to a conflict in scheduling.

Electropop/pop singer and songwriter Bebe Rexha took the stage as the event’s headliner, and she wowed the crowds with her vocals.

Rexha is best known for her song “No Broken Hearts,” featuring rapper Nicki Minaj. She was also featured in Cash Cash’s “Take Me Home,” David Guetta’s “Hey Mama” and in the G-Eazy duet of “Me, Myself & I.”

The festivities began Saturday, July 16 at 9 a.m. at the Pelham Civic Complex and Ice Arena with vendors, such as the Alabama Wildlife Center, Little Yellow Boutique, Paws Pastries and more.

Attendees trickled in throughout the day, perusing the multiple vendors and children’s activities. Free skating was also offered at the event, and dozens of families skated across the ice at any given time.

Outside, kids jumped high on a free bungee trampoline and created crafts with Home Depot. Smiles were wide as they ate funnel cakes and fried Oreos, and eyes were wide at the Dale Jr.’s Nationwide Show display.