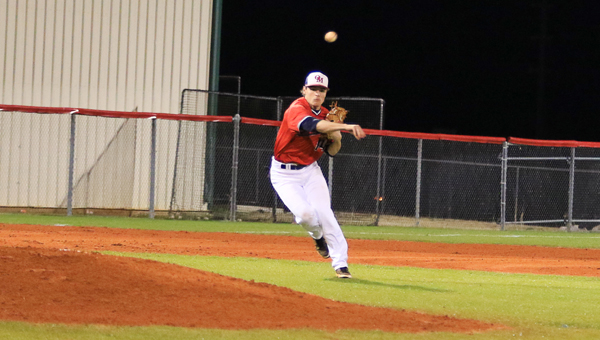 The Oak Mountain baseball Eagles from the 2016 spring have been named as one of the recipients of the American Baseball Coaches Association’s Team Academic Excellence Award. The award, which honors high school and college programs that posted a GPA over 3.0 on a 4.0 scale for the academic year went out to over 140 college and high school programs.

“This award highlights our coaches’ commitment to developing student-athletes that excel both on and off the field, and we’re proud of these student-athletes for their success in the classroom,” ABCA Executive Director Craig Keilitz wrote in a statement. “We are extremely proud to recognize the academic accomplishments of so many of our member coaches’ programs this year.”

To qualify, the head coach of the team at the college or high school level had to be an ABCA member, which Oak Mountain head coach Derek Irons is.

The Eagles were just one of 48 teams from across the nation and one of just two teams from Alabama to receive this award, and were the only AHSAA school in the state to receive it as well, as the other Alabama program, Lee-Scott Academy, competes in the AISA.

This past spring was one of the most successful seasons for the Oak Mountain baseball team in the history of the program. Oak Mountain welcomed in Irons from perennial baseball powerhouse Charles Henderson back in June of 2015, and Irons came in and made an immediate impact on the program, taking the Eagles to the second round of the 7A playoffs.

In the five years before this past season, Oak Mountain had posted a 90-82-1 record, but in 2016 the Eagles won more games, 30, than they had in any year previously, and not only made the playoffs for the first time in five seasons, but upset Vestavia Hills in the first round in a thrilling three-game series as well.