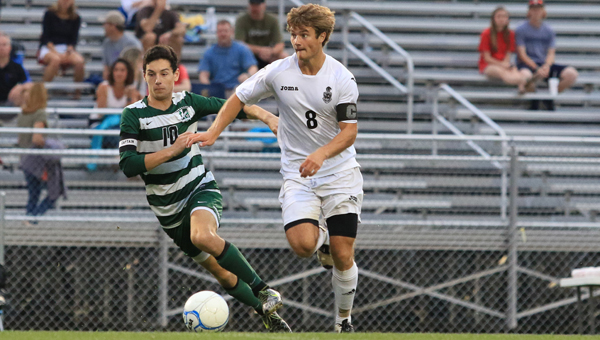 Josh Brower, who recently graduated from Briarwood Christian School, was named an All-American by the NSCAA for his play in 2016. (File)

Both Brower and Holstad have now since graduated from their respective prep teams and are moving on to the collegiate ranks. Holstad is playing his college soccer at the Naval Academy while Brower is playing at Covenant College in Chattanooga, Tenn. The two were also both First Team All-County selections. 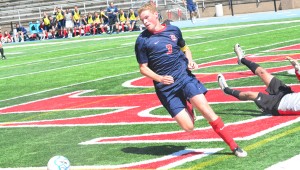 Hunter Holstad, who recently graduated from Oak Mountain High School, was named an All-American by the NSCAA for his play in 2016. (File)

Holstad, who was the Player of the Year in Shelby County and finished runner up as the Gatorade Player of the Year in the state, led Oak Mountain to an undefeated season and a national No. 1 ranking. The lanky midfielder scored 18 goals and assisted on another 16, but his value to the 2016 Oak Mountain team went well beyond the goals he produced. A natural outside back, Holstad played in the middle of the field and in the attack for this Oak Mountain team out of necessity, and produced 11 game-winners this year.

In a recent USA Today online contest, this Oak Mountain team was named the top prep team from the 2015-16 school year, regardless of season or sport, and a large reason for that was because of the play of Holstad.

Brower on the other hand came to Briarwood for his senior year from Florida, and joined a program that was in dire straights. In 2015, the Lions scored 32 goals total on the season, and struggled much of the season offensively. Brower came to the program and, along with freshman phenom Logan Frost, gave the program an immediate shot in the arm. The sure-footed senior scored 34 goals in his lone season as a Lion, more than the entire team had the previous season, and assisted on another 20, giving him 88 points on the year, which was the most in the county.

A big, powerful target up front, Brower was a threat to score from anywhere inside of 35 yards. He helped lead Briarwood to the 6A quarterfinals this season, and helped the Lions achieve a 16-4-3 mark.

Brower and Holstad were the only two players from Alabama to make the cut.

The University of Montevallo men’s basketball team will face Auburn in an exhibition game at Auburn Arena on Friday, Nov.... read more