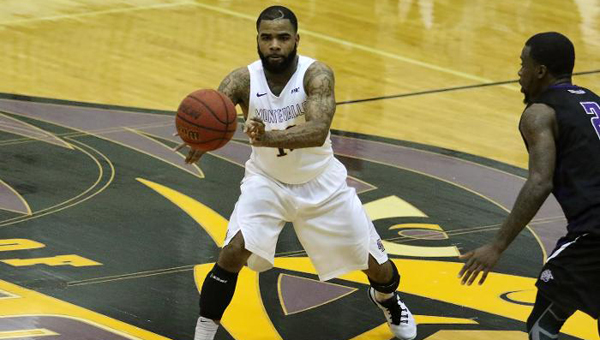 The University of Montevallo men’s basketball team will face Auburn in an exhibition game at Auburn Arena on Friday, Nov. 4. (File)

MONTEVALLO – The University of Montevallo men’s basketball team will take on Auburn University for the first time in program history in an exhibition game Friday, Nov. 4 at Auburn Arena.

Tip-off time, ticket information and television information will be announced this fall. Visit MontevalloFalcons.com for the latest information.

“It will be a good experience for our team and our University,” said Montevallo men’s basketball coach Danny Young. “It’s a chance for our guys to get to play in a great environment on a big stage. Auburn has a really talented group of guys and Bruce Pearl is a tremendous coach. It should be a lot of fun.”

The contest against the Tigers will mark the Falcons’ 10th exhibition game against a Southeastern Conference team in program history. Montevallo is seeking its first win against an SEC opponent, with nine-point margin in an 81-72 setback against the University of Alabama in November 2006 marking the smallest margin of defeat.

In addition to the two in-state schools, the Falcons have also faced SEC members Arkansas, Mississippi State, Ole Miss and Kentucky in past exhibition games.

Montevallo is coming off its fifth consecutive Peach Belt Conference West Division title during the 2015-16 season. The Falcons advanced to the NCAA Division II Tournament for the 11th time in 13 seasons under head coach Danny Young, with last season’s appearance marking the seventh consecutive trip for Montevallo.