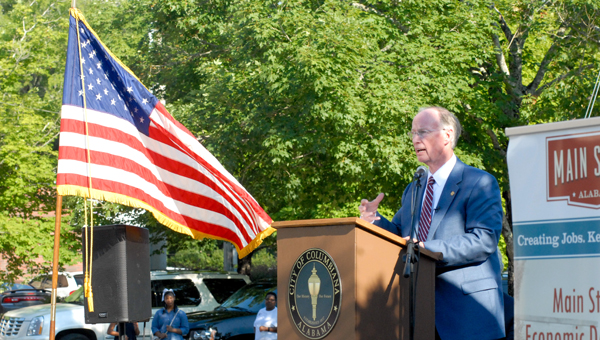 The Main Street Alabama Resource team will be in Columbiana Aug. 2-4, conducting research and interviews to help grow and improve the city.

Columbiana is one of only four cities that were selected by Main Street back in June after a lengthy application process.

Once they have conducted research they will implement the Main Street 4-Point Approach. The four main focuses of this approach include helping communities organize themselves for success, improving design of their neighborhoods, promoting their districts and enhancing their economic base.

“The goal is to create long-term economic stability for Columbiana,” said Executive Director of Columbiana Main Street Bragan Feldman. “We don’t want businesses to come for a month, not make money and leave. We want Main Street to come in and help create sustained growth in Columbiana.”

“Being partnered with Main Street is a resource for us because they have been so successful at doing this around Alabama and the entire country,” Feldman said.

Main Street will hold a vision session on Tuesday, Aug. 2 at 5 p.m. at the senior center in Columbiana. The goal of this meeting is for members of the community to come and express their ideas about what the community needs to grow.

“This kind of stuff happening in our city is what brings the community together and keeps Columbiana strong,” Feldman said.

There will be a team of five coming to conduct research, each of which has a specific point they will focus on such as architecture, marketing and so on.

“Having a resource team come discover every aspect of Columbiana will allow them to guide us smoothly through the revitalization process,” Feldman said.

The Main Street team will also be sharing a public presentation of their initial findings on Thursday night Aug. 4 from 4:30-6 p.m. at the senior center.