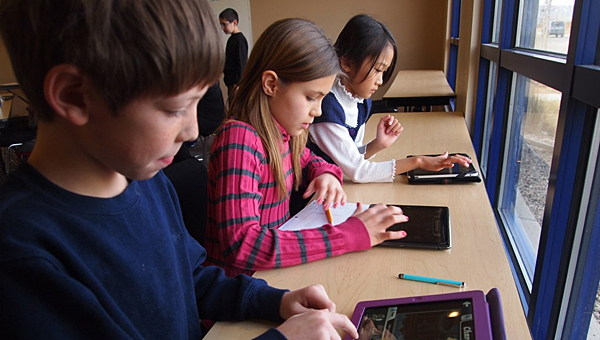 ALABASTER – Students at three Alabaster schools will have greater access to technology during the upcoming school year, after the city’s School Board agreed to a lease-payment plan for nearly 400 new iPads during a July 28 special-called meeting.

ACS Technology Coordinator Anthony Kingston said the lease-payment plan will allow the school system to get the devices in the classrooms sooner than it would be able to if it waited for the next budget year to begin in October.

The payments the school system makes through the plan will count toward paying off the devices, Kingston said. Each device will cost $578.

ACS Superintendent Dr. Wayne Vickers said the school system has been working over the past few years to phase out desktop computers not compatible with the system’s new technology setup.

“A lot of the Gateways we had to get rid of because they weren’t on our system came at the expense of our elementary schools,” Vickers said. “This will allow us to get devices in those classrooms that will make the teachers happy.”

Vickers said the School Board likely will vote during its next meeting to purchase additional Chromebooks to place in classrooms as well.

“We recently updated the Wi-Fi in the schools, so now we can start implementing more mobile technology in the classrooms,” Kingston said.

School Board President Adam Moseley said students will benefit from using technology devices they are already familiar with.

“It’s outstanding for those grades to have those devices,” Moseley said. “It will make a huge difference.”

The Every Student Succeeds Act Community Engagement Tour, which highlights the benefits to Alabama public school students and professionals as... read more