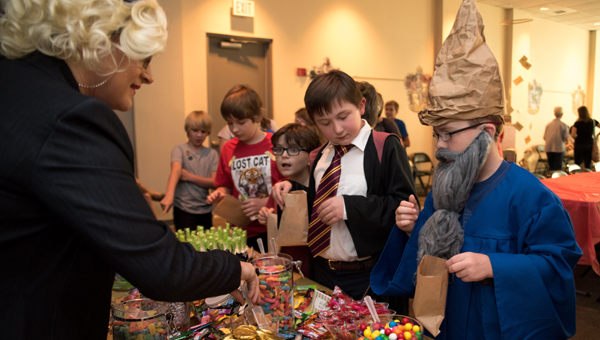 Witches and wizards with their wands descended on the North Shelby Library on July 29 to celebrate the release of Harry Potter and the Cursed Child two days later.

The excitement for the newest installment from J.K. Rowling’s universe was enough to inspire the library staff to plan a Harry Potter Celebration.

“We’re all really big fans of Harry Potter, and this was a chance to dress up and have some fun,” library Director Katie Guerin said while dressed as Gilderoy Lockhart.

Registration was limited to 60 children and filled up prior to the event.

As participants, many of whom were dressed as their favorite character from the series, filed in, they drew from a hat to determine their house (the table where they would be seated), reminiscent of the scene from the story.

It was just the first of many Harry Potter references, which also included a station where children could order butterbeer or bubble juice.

“Everything is going to go according to plan,” she said. “There will not be any explosions.” 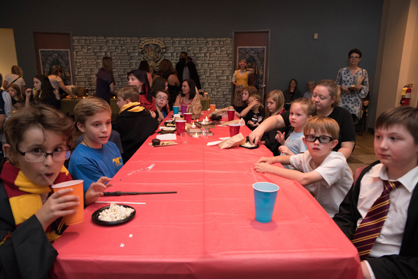 Sixty children were registered to attend the event and encouraged to dress as their favorite characters from the Harry Potter series.

Library Children’s Department Director Savannah Kitchens led planning for the event and said work was ongoing for most of the summer.

“We’re hoping this will be a fun free-for-all,” Kitchens said.

Brothers Sam and Will Phillips were dressed as a Gryffindor and Ravenclaw student, respectively.

Sam, 9, said he “loves” the Harry Potter movies, while 6-year-old brother Will said he prefers the books.

“It’s just great,” Sam said about the series and added that he was excited about the event. “It’s going to be really run.”

By STEPHEN DAWKINS Staff Writer The rezoning of 144 acres of property that was formerly Eagle Point Golf Course and... read more