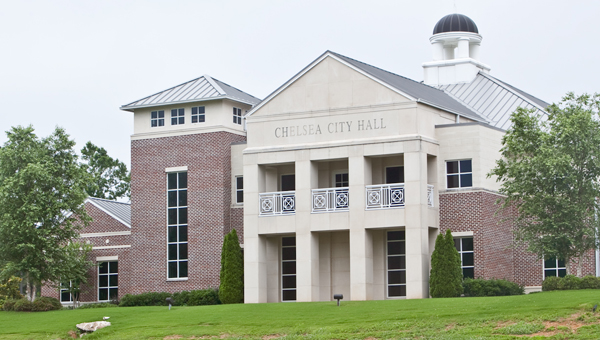 Chelsea was named the 3rd most successful city in Alabama by Zippia. (File photo)

CHELSEA – Chelsea has been named the third most successful city in Alabama according to job website Zippia.com.

That unemployment rate was second only to Mountain Brook out of the 105 cities Zippia researched.

These are all numbers that excite Chelsea Mayor Earl Niven, who has been Chelsea’s only mayor since the city was established in 1996. This year they celebrate their 20th anniversary and Niven has decided to make this monumental year his last as mayor.

“I never dreamed that I would be the Mayor of Chelsea, but I wouldn’t trade this for anything in the world,” Niven said. “It’s outstanding that we have grown tremendously in my time here and it’s not just the efforts of the mayor or council, but all committees and citizens that have made this city great.”

Chelsea started in 1996 with 906 people, but has grown to around 12,000 people now. Niven credited the cities success and growth to timing.

“The major highway (280) runs right through us and when we started, it was having so much growth that went just to the bottom of Oak Mountain, which kind of spilled over the hill right to us,” Niven said. “Now we have about seven miles on highway 280.”

With elections coming up he knows this is an important time for the city but didn’t shy away from predicting continued success, saying that in 10 years Chelsea would easily have more than 20,000 people in the city.

To find out more information about the rankings or to look over the list, you can visit www.zippia.com/advice/most-successful-cities-in-alabama/.