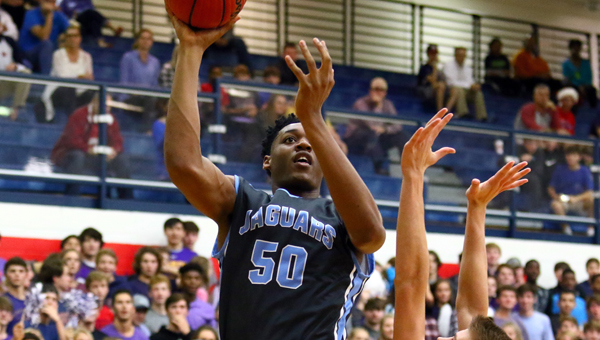 In the most recent of a long list of accomplishments, Wiley was named Most Valuable Player after posting 30 points and 15 rebounds in the North-South All-Star basketball game on July 20.

Wiley previously helped USA Basketball Men’s U17 team to a gold medal in the FIBA World Championships in Zaragoza, Spain.

The rising senior is ranked a five-star recruit, the highest ranking given, by a number of recruiting services and has committed to play college basketball at Auburn University.

Wiley was named Shelby County Reporter’s Co-Player of the Year after a season in which he averaged 21.7 points and 12.1 rebounds per game.

Quinn said that while he is disappointed to lose Wiley prior to a season of high expectations for the Jaguars, he understands the decision because prep schools can offer benefits that public school can not.

“‘I understand where his family is coming from,” Quinn said. “I love Austin. I would never fault a parent for doing what they think is best for their kids. We just need to change the rules so that high school can be what’s best.”

Some such schools even secure endorsements from shoe companies.

“To be able to go and have workouts every day and train like he’s in college, it’s a benefit for him,” Quinn said. “I understand it, but my concern is how often this is going to start happening. This prep school stuff is kind of a new phenomenon that I think is going to get worse before it gets better.”

Quinn said another consideration is that opposing teams often foul top players like Wiley to prevent them from dominating games—reducing his opportunities to impress scouts and increasing the likelihood of being injured.

Quinn said he is not sure which school Wiley plans to attend.

Quinn said his message to his team would remain positive.

“Austin has put us on the map, and we’re about to do some cool things because of it,” he said. “We hate to not have him, but it opens the door for some other players.”