PELHAM – When Mike Freeman moved to Pelham 20 years ago he said it was one of the fastest growing cities in the state. Since then he said the city has become stagnant, which is one of the reasons he decided to run for Pelham City Council. 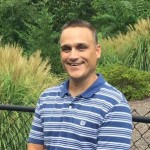 “I will be your voice and listen to what you have to say,” he said. “I’m not saying I have the answers for everything, but I can guarantee that I will listen to the people and take into account what they want when making decisions.”

If elected to Place 5, Freeman said one of his focuses would be improving Pelham City Schools.

“If you build up the school system to be the best that it can be, that will better the entire city,” he said. “It will make people want to move to Pelham, not just visit to shop or eat.”

Freeman received a Bachelor of Science in criminal justice from California Coast University in 2013.

Freeman, a police officer at the University of Alabama at Birmingham, said his time in law enforcement has helped him become a good listener.

“Working in law enforcement, you have to listen to people in order to make the best decision,” he said. “I think it’s just as important to listen to the employees of the city just as much as we listen to the citizens.”

Freeman worked in Pelham as a police officer from 1996 to 2004. He and his wife, Kim, have three children and one grandchild.