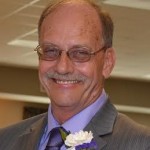 Johnson, owner of Pelham-based TMS Computers, said the council is in need of diverse ideas. He said his experience as a business owner in Pelham would make him a valuable asset.

Johnson, 64, said he has a lot of ideas to make Pelham more prosperous, but his main focus would be retail development. He said he would like to see the city focus more on bringing medium to large retailers to the area rather than industrial businesses.

“From my personal experience dealing with the city I see where there could be some improvements to make it a lot smoother for businesses to come into the area,” Johnson said. “Of course more businesses would generate more sales taxes, which would in turn provide more funding for our school system.”

“It seems like the storefronts have been neglected,” he said. “We need to address that because it’s not attractive. If we worked on that, I know people would be more enticed to live here and shop here.”

After retiring from FedEx in 2008 as an IT specialist, Johnson moved to Pelham from Memphis, Tennessee in 2009 and opened his computer business the same year.

Johnson said he had always been interested in living in the Birmingham area and searched for a place to live for about a year after retiring.

“I just kept coming back to Pelham,” he said. “This city has a certain appeal to me.”

Since moving to Pelham, Johnson said his desire to give back to his community has grown.

Johnson, who has been married to his wife Carmen for four years, said he enjoys volunteering his time to help elderly people with computer issues and questions.

“There is nowhere for them to go without paying and I fill that void,” he said.

He received a degree in computer science from Pensacola State College in 1983 and served nine years in the Navy working on radar bombing and navigational systems in aircrafts.

Above all else, Johnson said his three children and six grandchildren are his pride and joy. He has two sons, Shelby and Mark, who live in Florida and a daughter, Erinn, who lives in Scotland.

By NEAL WAGNER / Managing Editor COLUMBIANA – A 30-year-old Alabaster man is being held in the Shelby County Jail... read more