COLUMBIANA – A 46-year-old Alabaster man is set to appear in court in late August after he was indicted on charges alleging he kidnapped, beat and threatened to kill a victim during an early February incident. 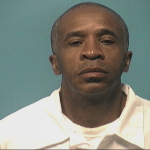 The Alabaster Police Department arrested Sylvester Anthony Shortridge, who lists an address on 10th Avenue Southeast in Alabaster, on Feb. 18 and charged him with felony counts of first-degree kidnapping, making terrorist threats and second-degree domestic violence and a misdemeanor count of interfering with a domestic violence emergency call.

A Shelby County grand jury indicted Shortridge on the charges in late April, and he is now set to appear in Shelby County Circuit Court for an arraignment on Aug. 9 at 8:30 a.m.

He has been incarcerated in the Shelby County Jail on bonds totaling $460,000 since his February arrest.

According to his arrest warrants, Shortridge allegedly abducted a victim on Feb. 8 before transporting the victim to his residence and assaulting her.

After Shortridge transported the victim to his house, he allegedly “struck her in the back of the head knocking her to the ground, struck her repeatedly with a closed fist and knocked out one of her teeth, cut her face with a knife and forced her to remove her clothes and then struck her across her breast with a belt.”

The victim “made attempts to leave and the defendant would not allow her to leave,” and Shortridge allegedly claimed the victim “would not leave alive.”

While the victim was attempting to call 911, Shortridge allegedly took her phone away from her.

After the incident was reported to police, officers arrested Shortridge and charged him with the crimes.

The Shelby County District Office claimed Shortridge has previously has failed to appear for court on two occasions, and said he has one prior probation violation incident. He was on probation for the obstruction of justice charge when he was arrested on Feb. 18.