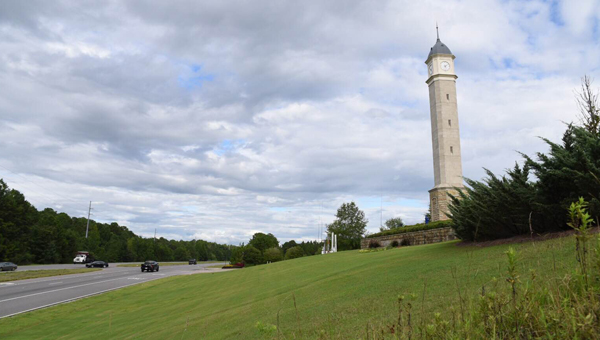 An investigation is underway after a body was found just off U.S. Highway 280 near Chelsea Park Drive. (Reporter Photo/Keith McCoy)

CHELSEA – An investigation is under way after a body was found off U.S. Highway 280 near Chelsea Park Drive.

According to a Facebook post by the Shelby County Sheriff’s Office at approximately 2 p.m. on Tuesday, Aug. 9, Sheriff’s deputies responded to an unresponsive person at the location. Deputies arrived to discover a person deceased near an outdoor advertising sign.

The Sheriff’s Office is investigating the matter and additional information will be distributed once available. The Shelby County Coroner’s Office has been on the scene assisting investigators. It has not been disclosed whether this was a homicide or a suicide.

According to sources the body was spotted in the bushes by somebody driving by, who then called it in. There was also a car found at the scene, but investigators won’t release who it belongs to at this time.

The Shelby County Sheriff’s Office is asking for the public’s help and asking anyone with information to contact the office directly at 669-4181, through the Secret Witness line at 669-9116 or though their website ShelbySO.com.