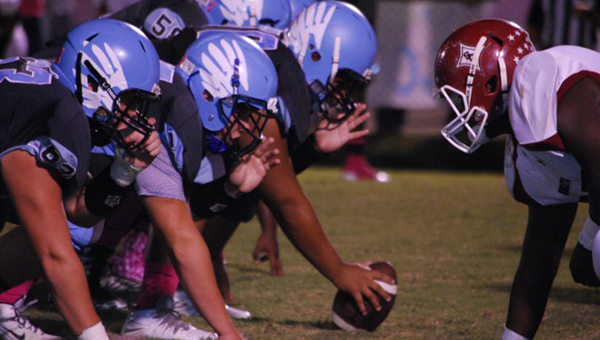 The Calera Eagles have made the playoffs 13 of the last 14 seasons. Can they keep that streak alive in 2016? (File)

CALERA – Now, with nearly three-quarters of the AHSAA schools under our belts in this preseason prediction slog, we turn our attention to one of the more historically successful programs in the county in the Calera Eagles. Let’s dive in.

Calera finished last season with a 7-4 record and lost in the first round of the 5A playoffs to a good Eufala team. In the offseason, Wiley McKeller stepped down from his head coaching post to take on the massive rebuilding effort at Vincent across the county, and in his place has stepped last season’s 4A ASWA Coach of the Year Andrew Zow from Montevallo. Zow, a former quarterback at the University of Alabama, takes over a historically successful program that is facing a few harsh realities this season.

For the last few years, Calera has benefitted from the presence of an offensive stud in the backfield capable of tipping the outcome in the Eagles’ favor. In 2012 and 2013 it was athletic phenom Ronnie Clark, who is currently playing his college ball at Alabama. In 2014 it was ShaKeith Tyes, who set essentially every Calera rushing and offensive record in his senior year and left Calera as one of the 15-most productive backs in the history of the state. Last season it was Kyle Harrell, who rushed for 1,464 yards and averaged a whopping 10 yards per touch as a senior and is now playing his college ball at the Naval Academy. For the last few years, whenever one guy graduated out of the backfield, there was another ready to step up and fill that void. Now, with the graduation of Harrell and backfield mate Charles White, Calera is entering into some unknown offensive territory.

Stepping into the quarterback position will be either Demerius Woodson, Edwin Karanja or Tyler Ferguson. Ferguson, the senior of the bunch, started the second half of last year and is one of the senior leaders on this team. Woodson, a sophomore, is one of the best pure athletes on the team, and those two could split time under center at the first part of the year as Zow waits to name a starter.

Whoever is at the quarterback spot will be joined by a committee of backs at the running back spot heading into the fall. With the graduation of Harrell and White there is a crater of production that has to be filled for the Eagles to be successful. As a result, Calera is moving some different positional players over to the offensive backfield. Trez Harris is transitioning over from his role as a defensive end a season ago to fill the running back spot, and senior linebacker twins Alex and Jaramy Dozier will also see some touches this season as well. Decorean Mickens and Antonio Devinner, another pair of defensive players from last season, will also see time in the backfield as well.

Out wide, Yatil Gant looks to be the top receiving option for this Calera team with the graduation of both Tray Jones and Zach Gaines. Gant saw time at receiver a season ago, and is one of the most athletic players on this Eagle team. Jonathan Brown, a basketball player who has come out for the team this year as a senior, will join Gant and could give Calera a nice receiving tandem. Alon with Tyler Ray and Chris Shearer, whoever is under center will have some options at quarterback.

Where this team is the most experienced is across the offensive front, as Mackenan Thompson, Blake Jones, Caleb Buckhannon and Cody Cook all started a season ago and are all back in the trenches. The experience on the line should go a long way toward helping this usually-potent offense get off the ground this year.

More players will be pulling double duty for Calera than in the past, as Devinner, Harris, Mickens and the Dozier twins will see time on both sides of the ball. The Dozier twins were the only two linebackers in Calera’s 4-2-5 scheme a season ago, but in Zow’s 4-3 look will be at the outside linebacker spots. Dyson Edwards and David Lawrence will both get reps at the middle linebacker spot.

Terry Burrells will be joined by either Ferguson or Woodson at the cornerback spot, depending on who nails down the starting job under center. The safety positions will be filled by a combination of Brown, Zakiyah Johnson and Jermaine Wilson.

Way-Too-Early prediction: Calera has made the playoffs each of the last four years, and have seen postseason action in 13 of the last 14 total seasons, which is impressive. The Eagles have cemented themselves as a consistent program that always finds enough ways to win enough games to snag a playoff berth, and some years have been able to make a deep playoff push. However, while history says Calera will end up playing ball in November, the writing on the wall for the present says differently. This Calera team doesn’t have an offensive stud like a Clark or a Tyes or a Harrell that can push the outcome of a close game into Calera’s favor. While this team has some nice pieces, especially on the defensive side of the ball, they simply won’t put up the points needed to win enough games this year. Calera will go 3-7 and miss the playoffs for just the second time since 2001. 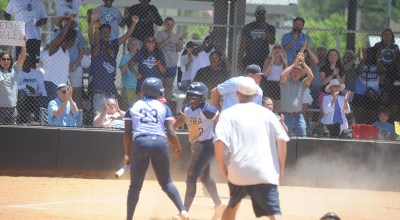