Cops: Man distributed pot while on bond for forgery

COLUMBIANA – A 20-year-old Alabaster man is being held in the Shelby County Jail on bonds totaling $10,000 after he allegedly distributed marijuana in the city in late July. 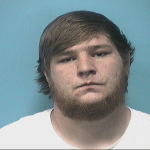 The Shelby County Drug Enforcement Task Force arrested Landon Alexander Bland, who lists an address on Eagle Rock Drive in Alabaster, on Aug. 8 and charged him with one count of unlawful distribution of a controlled substance.

Unlawful distribution of a controlled substance is a Class B felony, according to Alabama law, and carries a maximum sentence of 20 years in prison upon conviction.

According to Bland’s arrest warrant, he allegedly distributed marijuana in the 600 block of First Street Southwest in Alabaster on July 22.

When he was arrested on Aug. 8, Bland was out on bond for a possession of a forged instrument charge brought against him by the Calera Police Department on April 12.

In the Calera charge, Bland allegedly “failed to sign a bill of sale for (an) automobile, which would allow him to avoid paying taxes,” according to his arrest warrant.

Possession of a forged instrument is a Class D felony, and carries a maximum sentence of five years in prison upon conviction.

Because he was rearrested while on bond for the possession of a forged instrument charge, Bland now faces a possible bond revocation for the earlier charge.

He is set to appear in Shelby County District Court on Aug. 25 for a preliminary hearing.