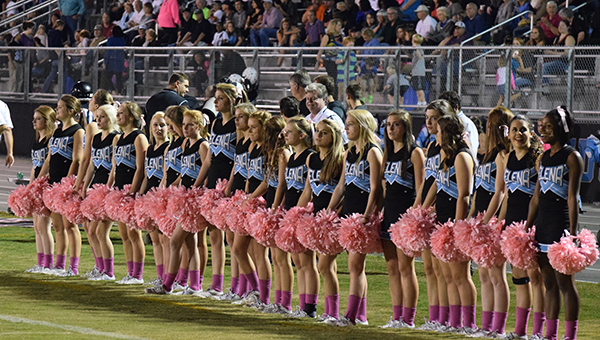 Helena Husky Day is scheduled for Saturday, Aug. 13 at Husky Stadium. A variety of events are scheduled throughout the day and will be capped off with the HHS football team scrimmage at 7:30 p.m. (File)

HELENA–School is back in session and that means football is right around the corner for children of all ages.

The Helena High School varsity football team kicks off the season on Aug. 29 at Mountain Brook but before that, parents, younger fans and more will have the opportunity to meet members of the team on Saturday, Aug. 13 at Husky Stadium for Husky Day.

In addition to a scrimmage that will be held at 7:30 p.m., members of the HHS football team will take photos with fans, sign autographs and more at approximately 6 p.m.

For the youth league teams, each team will warm up behind the end zone prior to the start of their scheduled game time. Each team will play a game consisting of two 20-minutes halves with a running clock. The games also include an eight-minute halftime.

The cost of admission is $5 and all players, coaches or cheerleaders will get in free of charge if wearing a uniform.

Inflatables will be on campus for Husky Day and parents can purchase an all-day pass for their child for $5.