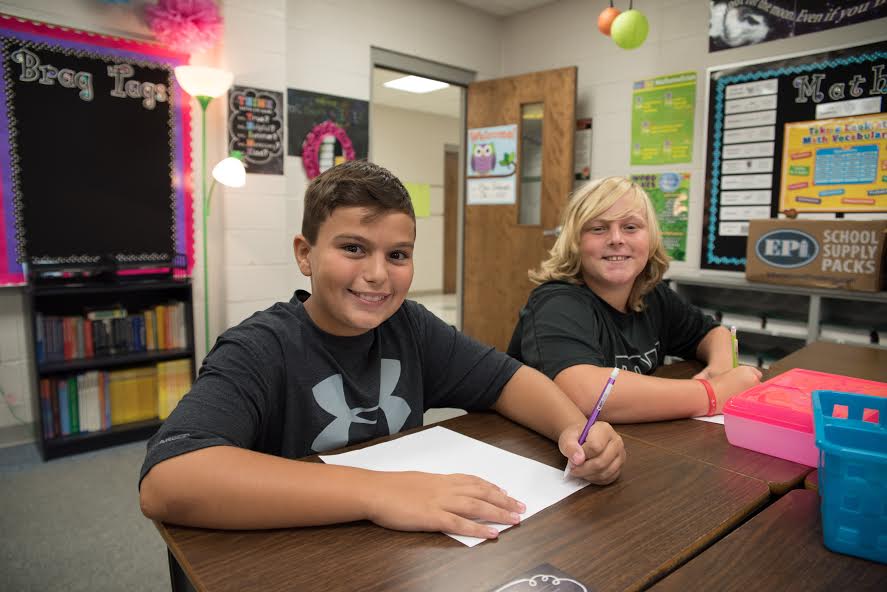 PELHAM – Pre-K student Hallie Rasco was so excited for her first day of school at Pelham Oaks Elementary that she woke up 5:50 a.m. ready to go, said her mother Crystal Rasco.

Hallie tugged on her mother’s hand urging her to move faster as they made their way through the front doors around 7:30 a.m. on Aug. 11.

Hallie said she was most excited about playing with the Play-Doh she spotted in her teacher’s classroom during Meet the Teacher day on Aug. 9.

But for Crystal Rasco, the day came with mixed emotions.

“It’s bittersweet because she’s our last baby to start school,” said Rasco, who is also the mother of an elementary student and a high schooler.

Parent Tiffany Vinson said her son Austin, a first-grader, was actually upset because he thought school started on Aug. 10.

“He was upset because he had to wait an extra day,” she said.

As Vinson and her son approached the front door, they stopped to take pictures with Paws, the school district’s panther mascot who was there greeting students. Vinson stooped down to her son’s level to give him words of encouragement and as he walked into the school she called him back.

“Come back and walk in again,” she said.

As he did, she snapped pictures of him walking through the double doors.

“I said I wasn’t going to cry – it’s just first grade,” she said with tears in her eyes. “I didn’t think I would be emotional. I wasn’t expecting that.” 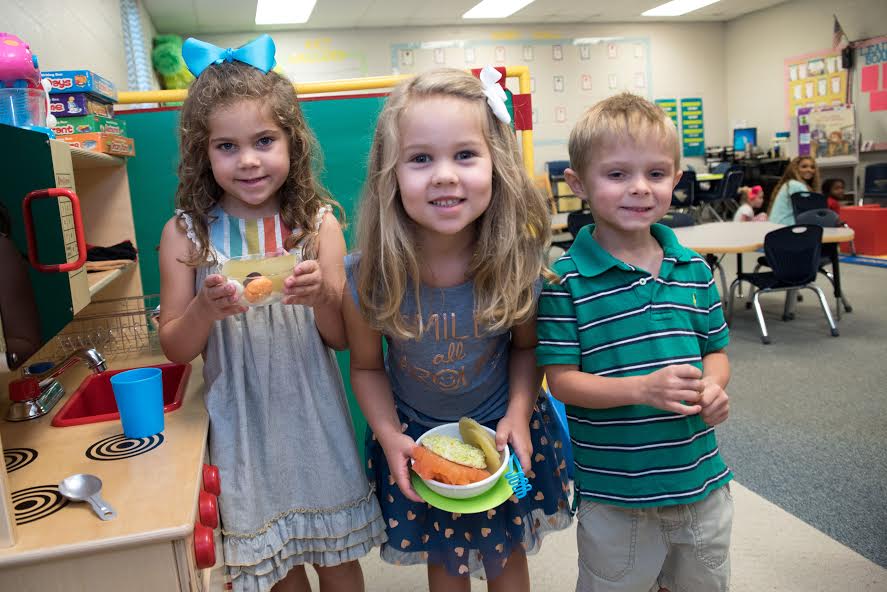 Pelham Oaks Elementary is one of two new K-5 elementary schools in Pelham. The district restructured it’s schools, eliminating Valley Elementary for grades K-2 and Valley Intermediate for grades 3-5, and replacing them with K-5 schools Pelham Oaks and Pelham Ridge.

Pelham Oaks occupies what used to be Valley Intermediate. Valley Elementary is now the temporary location for Pelham Ridge, which is expected to open to students in October.

Pelham Oaks has 658 students, but Principal Deberah Miller said that number will fluctuate during the first few weeks of school.

Miller, who was also the principal at Valley Elementary, said a successful first day would not have been possible without the school’s teachers and staff.

“From packing the first boxes at the old schools to today, it has been a little tiresome but the staff has been amazing,” Miller said. “One teacher who had been in the same classroom for 28 years came to me and told me how good it feels to be in a new space.

“My phone didn’t ring one time,” Coefield said. “When you’re the superintendent and you don’t get a phone call, that’s a pretty smooth start.”

Coefield said visited each school on the first day and was pleased with what he saw.

“I was expecting some hiccups, but that’s not really what happened,” he said. “We appreciate all the parents, teachers and the community for their patience as we make all of these changes. Their patience and cooperation is a part of the reason everything is transitioning so smoothly.”